HER VOICE IS UNDENIABLE. HER FIRE IS UNSTOPPABLE. HER TRIUMPH IS UNLIKE ANY OTHER.

An uplifting comeback story like no other, TINA - THE TINA TURNER MUSICAL is the inspiring journey of a woman who broke barriers and became the Queen of Rock n’ Roll. One of the world’s best-selling artists of all time, Tina Turner has won 12 Grammy Awards® and her live shows have been seen by millions with more concert tickets sold than any other solo performer in music history.

The cast of the hit Broadway musical "TINA: The Tina Turner Musical," perform on The Late Show with Stephen Colbert

"Correspondent Maurice DuBois talks with Warren about how she recreated the rock legend in her fiery performance."

Naomi Rodgers performing 'What's Love Got To Do With It as ‘Tina Turner’ in the North American touring production of TINA – THE TINA TURNER MUSICAL. Photo by Matthew Murphy for MurphyMade

Naomi Rodgers as ‘Tina Turner’ in the North American touring production of TINA – THE TINA TURNER MUSICAL. Photo by Matthew Murphy for MurphyMade

Zurin Villanueva performing Higher as ‘Tina Turner’ and the cast of the North American touring production of TINA – THE TINA TURNER MUSICAL. Photo by Evan Zimmerman for MurphyMade 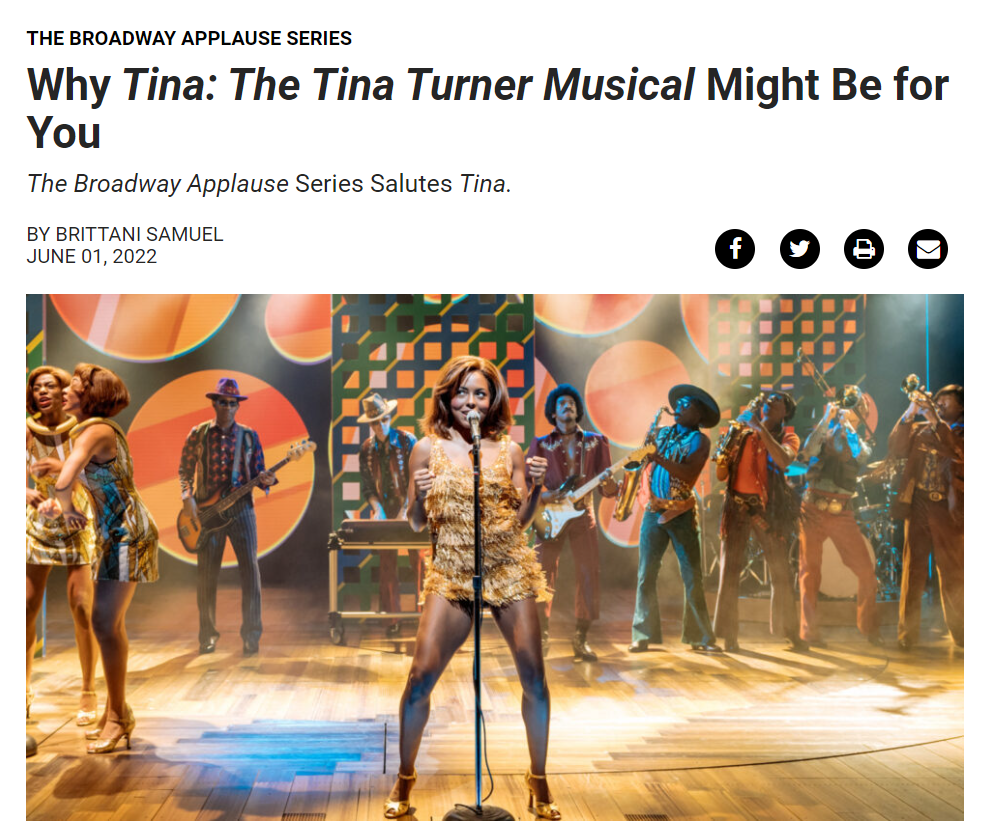 Why Tina: The Tina Turner Musical Might Be for You

"The explosive production traces the life of Tina Turner, from a small girl with a giant voice in Nutbush, Tennessee to the global sensation she continues to be today. Chronicling a life this grand is an epic feat for any performer, but it has opened up a specific lane to showcase an insanely talented roster of Black women performers." 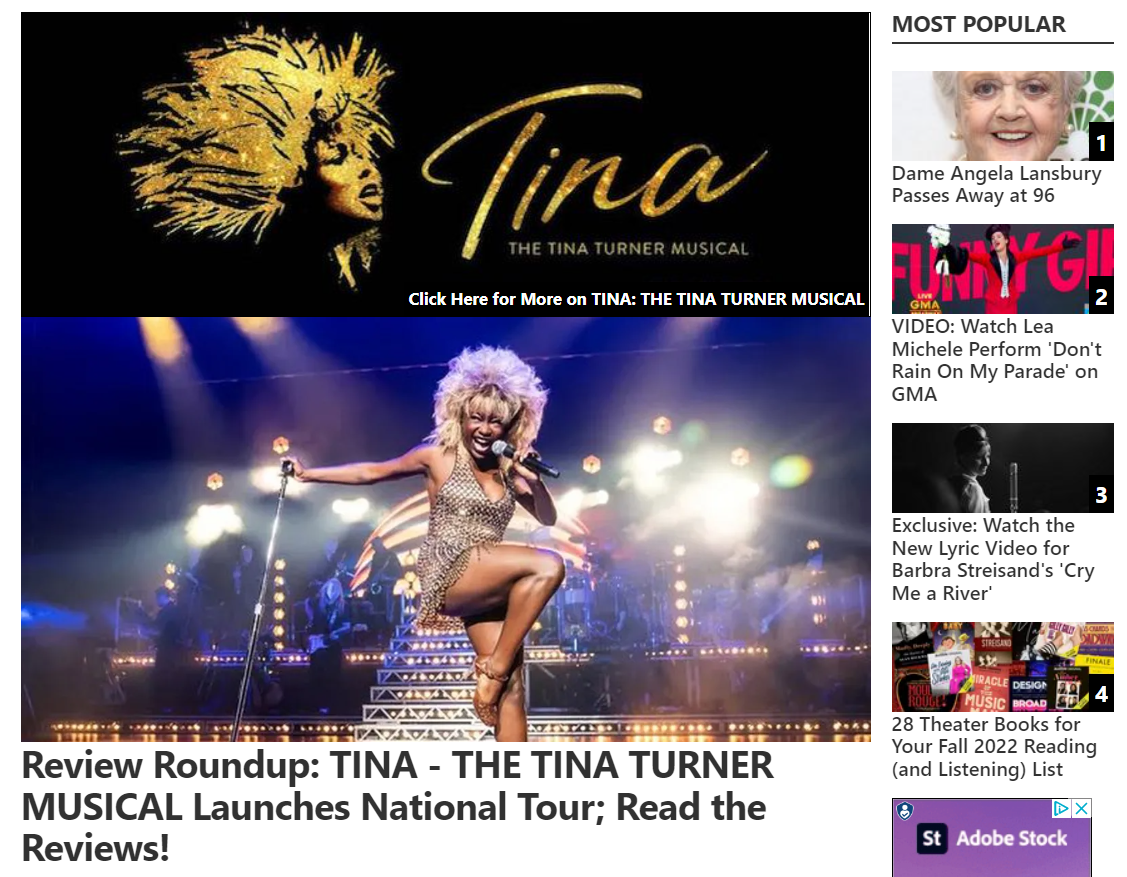 See what everyone is saying about TINA: THE TINA TURNER MUSICAL!

Ready to plan your group outing?

Groups of 10 or more enjoy savings of up to 55% off the price of regular tickets with reduced handling fees and the ability to pay at later date. Contact Group Sales for best seating, pricing and package options: