9 Things you Never Knew about the Hanna Theatre

While the theater is empty today to keep Cleveland safe, the Hanna’s rich history tells us that it will continue to weather the storm, and continue to give Cleveland something to celebrate.

Here are 9 facts you never knew about the Hanna Theatre:

Opened March 28, 1921, the Hanna is part of the Hanna building complex constructed by Daniel Rhodes Hanna on the site of the former Euclid Avenue Presbyterian Church. Opened as a legitimate theater, it was considered a replacement for the old Euclid Avenue Opera House.

Daniel named the venue as a memorial to his late father, the U.S. Senator Marcus A. Hanna, but Daniel, himself, was only able to enjoy the fruits of his labor for a brief time. He passed away three months after the Hanna opened.

The Hanna’s décor followed the Greek Revival style with the venue seating anywhere from 1421 to 1555, according to conflicting counts.

During construction, Daniel had decided to choose a personal seat to use in the fifth row. Unhappy with the leg room, he insisted that only that row be widened from the standard 31 inches to 35 inches.

(Don’t worry… renovations in the decades to follow left more leg room for the rest of us as well!) 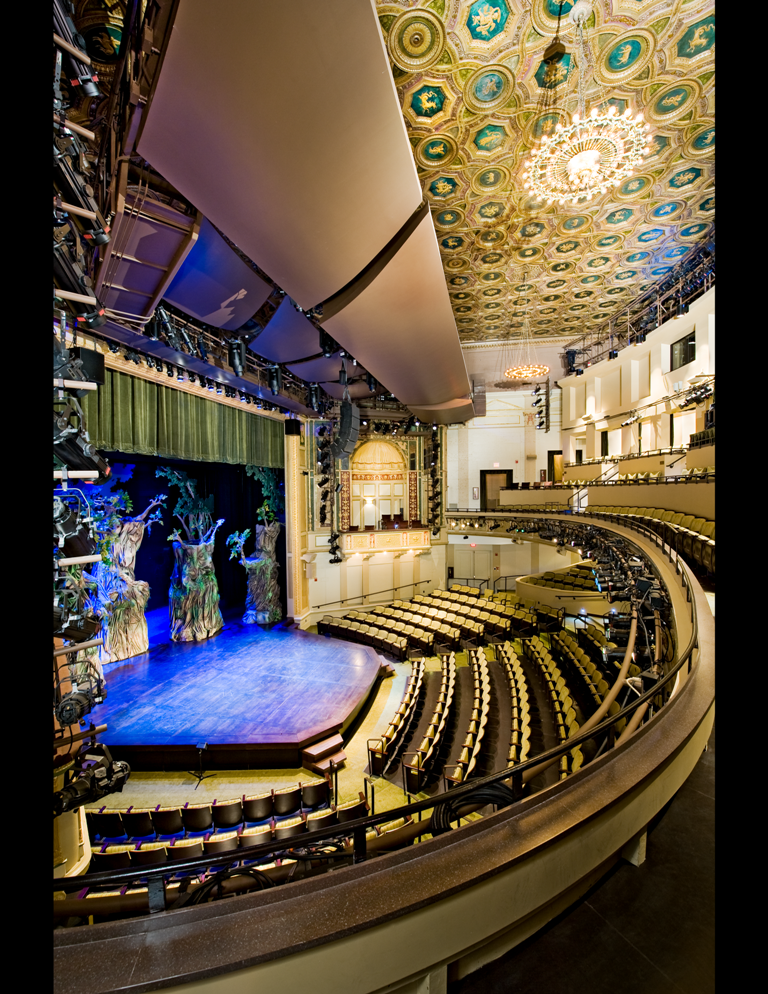 #3: It all started with The Prince and the Pauper

Opening night, the audience first stood to hear “The Star Spangled Banner” before being treated to a stage adaptation of Mark Twain’s The Prince and the Pauper. (The most expensive ticket that night cost just $3.)

#4: The Hanna once hosted star-studded premieres

The Hanna would go on to host three world premieres: Maxwell Anderson’s High Tor in 1936; Rodgers and Hammerstein’s Me and Juliette in 1953; and Odyssey by Michel Legrand in 1974 starring Yul Brynner. (Me and Juliette was the only show by the famous Broadway songwriting team Rodgers and Hammerstein to ever preview outside of Boston or New Haven; Rodgers traveled to Cleveland to personally oversee the show’s rehearsals.) Another feather in Cleveland’s theatrical cap occurred in 1937 as Gilbert & Sullivan’s first Cleveland-staged opera was performed at the Hanna by a London opera company.

#5: The Hanna survived the Great Depression…

While the Great Depression closed many venues throughout the U.S., the Hanna weathered the downturn as the only “road theater” in the country that had been in operation for 50-or-more consecutive years.

What it didn’t “weather” was a bomb that was thrown at the theater in April 1971 to protest the production of the tribal rock musical, Hair. Controversy over alleged obscenities on stage, including an all-cast nude scene, had church groups protesting the production to the mayor. However, Clevelanders flocked to see the musical. On the show’s final day, a bomb was thrown from a passing car. Fortunately, there were no patrons in the theater at that time, and the bomb bounced off the marquee, but its explosion shattered windows in the Hanna Building and nearby storefronts.

#7: There’s even more history behind the curtain…

The Hanna’s famous “curtain” is uniquely part of Cleveland’s entertainment history. It was common for traveling companies to leave behind mementos of their appearance... a shirt, poster, cast signatures, original drawings and such... all attached to the canvas liner of the stage curtain.

Over the years the mementos accumulated in a collage of memorabilia. When it was time to renovate the theater, the liner was rescued by faculty of Cleveland State University’s Dramatic Arts Department. (It is now housed in CSU’s Special Collections Department.) Signatures of people who became legendary names in theater grace the curtain liner…a unique reminder of the Hanna’s storied theatrical past.

In 1976, the Hanna, along with the other historic theaters of Playhouse Square, was added to the National Register of Historic Places. 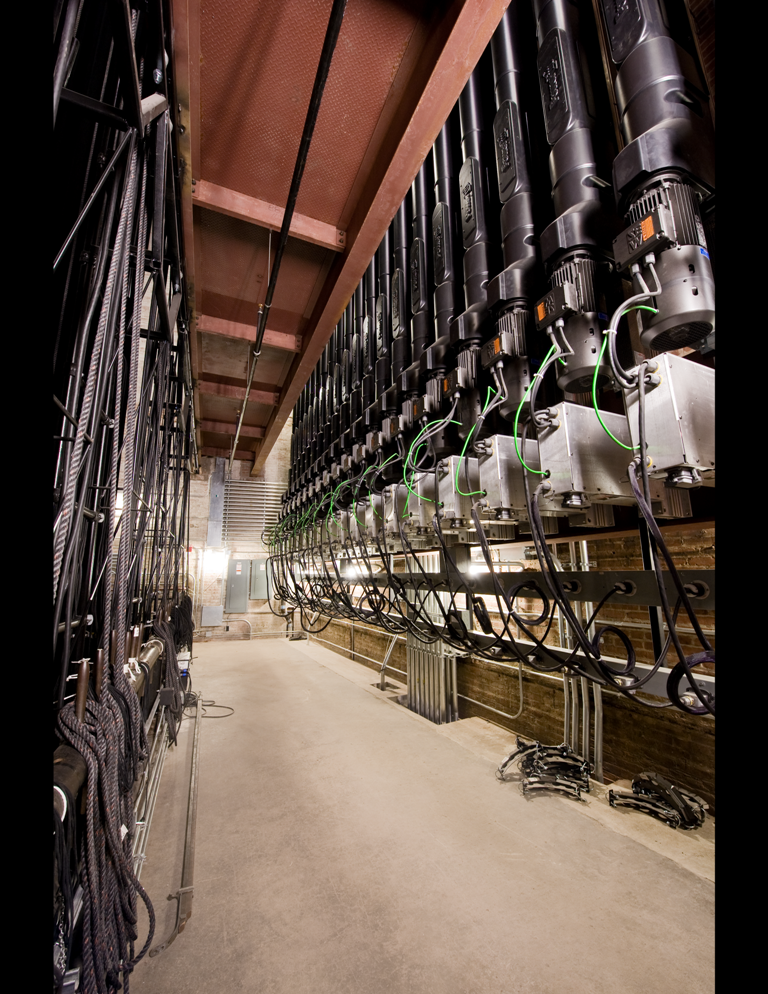 Backstage at the Hanna

#8: Renovations in the ‘90s breathed new life into the theater

In 1993, Ray Shepardson (credited for helping to save the Playhouse Square theaters), took over renovation of the Hanna to transform it into a multi-tiered, cabaret-style space. Re-opened on the Hanna’s 75th anniversary in 1996, it would enjoy only 11 months of operation as a cabaret before closing.

Yet another renovation was in the offing for the Hanna Theatre. In 2008, the venue was updated with a remodel that included a thrust proscenium stage and intimate seating for 550. This would also be the new home for Great Lakes Theater productions (which had previously moved from Lakewood to the Ohio Theatre to become Playhouse Square’s first resident company). 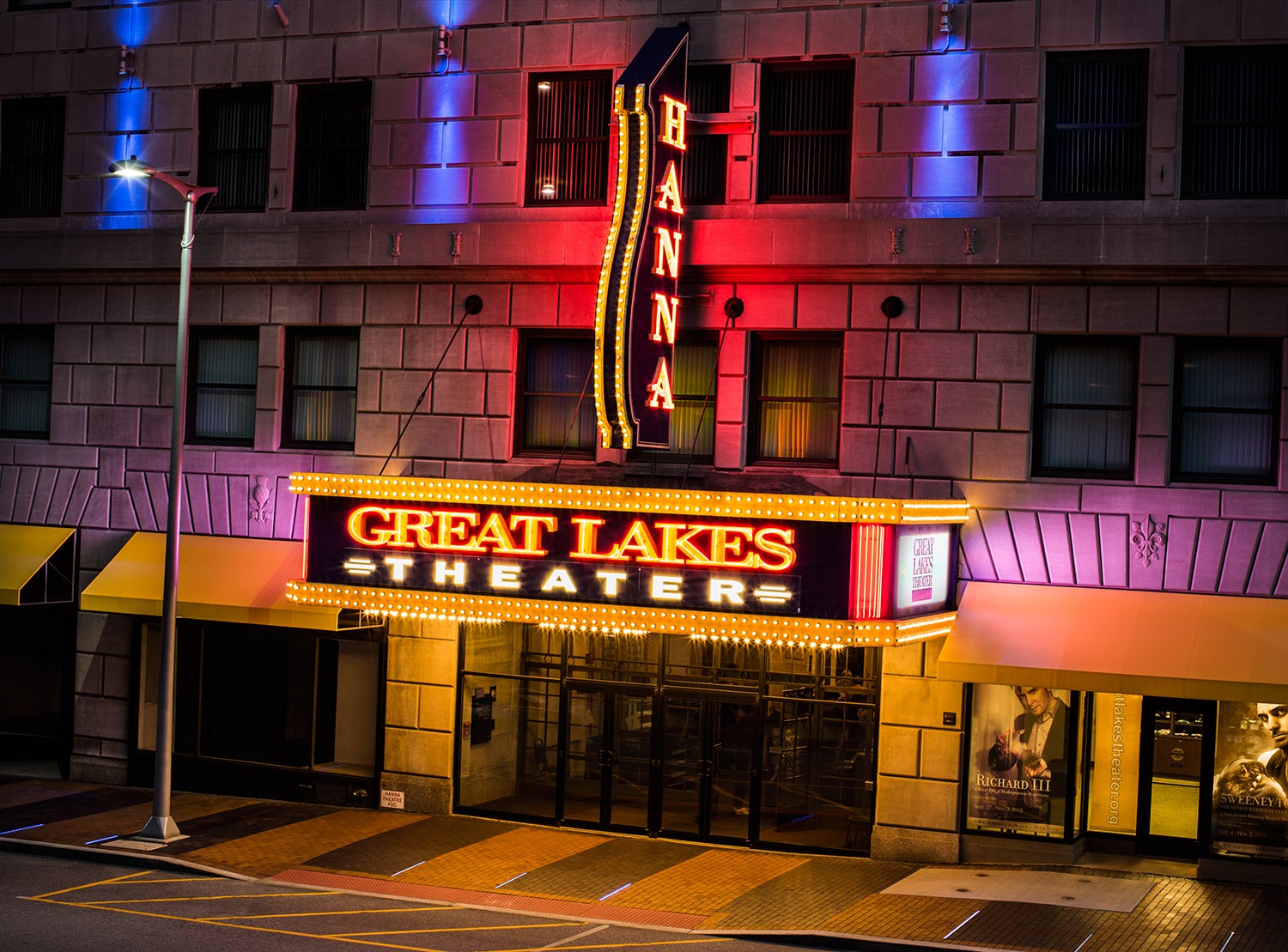