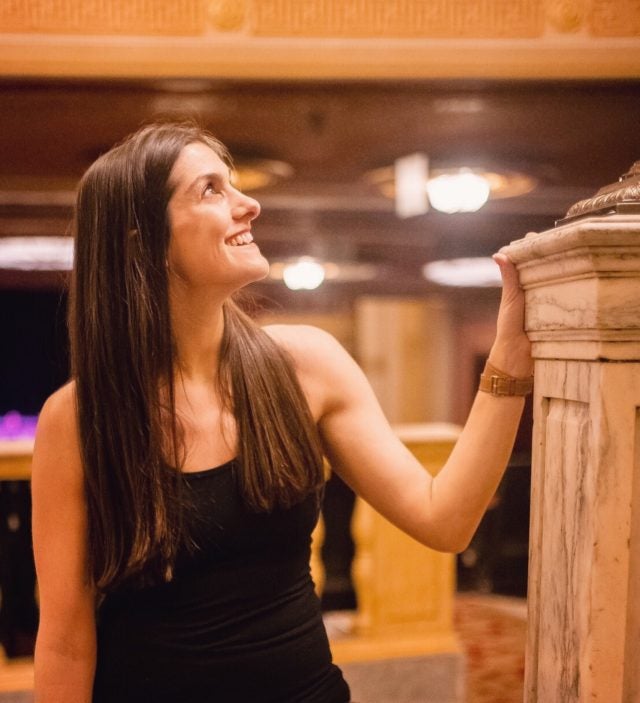 I’ve served as Playhouse Square’s Community Engagement and Education’s blogger for the past four seasons, and we’re keeping this train rolling right along with season number five! Join me as I to take you behind the scenes to interview a member of the featured show’s cast, crew or creative team for each of the KeyBank Broadway Series performances. The second show in the 2019-2020 season is The Band’s Visit.

Today on the blog, I’m sharing my Playhouse Square Behind the Curtain interview with Joe Joseph, the actor who plays Haled in the production. 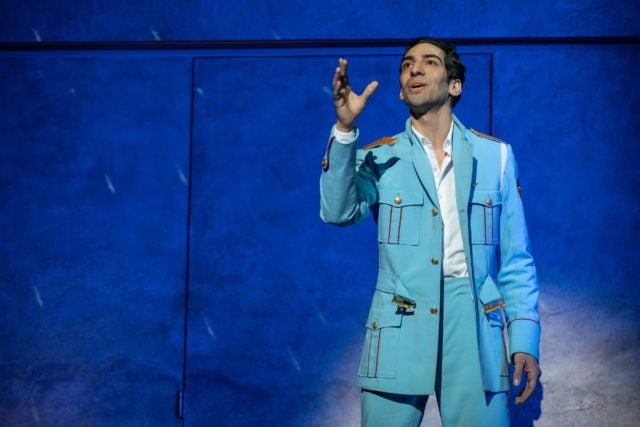 Tell us about yourself. How did you discover performing? How did it bring you to the theater, specifically The Band’s Visit?

I was born, raised and schooled in Southeastern Michigan. I’d never sung in front of anybody until an audition for The King and I, my sophomore year of high school. It was all downhill from there. I sang in choirs, musicals, a cappella groups, acted in all sorts of nonsense, all throughout high school, college and after. I moved to New York City six years ago to make a living of it and challenge myself. I was working out-of-town during the off-Broadway run of The Band’s Visit, but had my eye on it. When I had the chance to see it on Broadway, I was moved and inspired. I felt that it had deftly tapped into something so, so rare in commercial theatre. I joined the Broadway company last winter as an understudy. I made my Broadway debut in the role I play today.

In the production, you play Haled, described as the younger, adventurous officer in the Alexandria Ceremonial Police Orchestra – the band which The Band’s Visit revolves around. What are some of the things you enjoy about this character?

Haled is unburdened. He’s got an intrinsic sense of human connection, in a sensual way. Like water. Initially, he comes across as a bit of a lout, but as the evening goes on, he reveals a keen vision of what connects all of us, body and soul. And of course David Yazbeck wrote a sly, juicy, cosmic groove for him to sing. I also love only having to wear one pair of pants for the entire show.

The Band’s Visit is the winner of 10 Tony Awards, including Best Musical, making it one of the most Tony-winning musicals in history.  How are audiences responding to this award-winning show with so many accolades?

Awards are shiny and exciting, but they are mostly used to sell a product. It has been nice to see people’s expectations of what a “Tony-award-winning Broadway musical” is subverted, not through some bratty “well-I-bet-you-weren’t-expecting-this!” kinda thing. This show doesn’t trade in plastic emotions, dead-eyed physical tricks, empty dazzle. I get the greatest fulfillment meeting people who are touched by the story we tell in this show, as I was when I first saw it. Loss, isolation, love and hope. It’s all there, without fanfare. 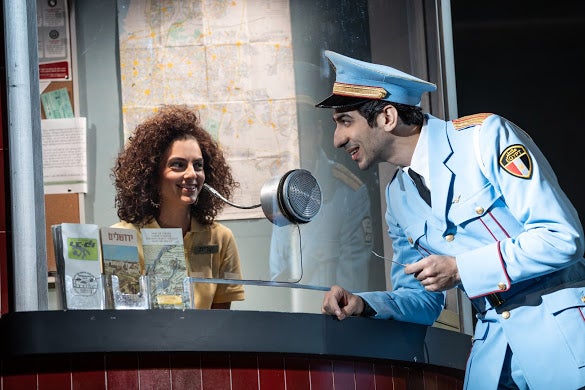 “Broadway” is a very flashy word and idea that fries people’s brains. But the reality is that most people don’t have the opportunity to see the shows boxed-in and limited to a watery rectangle of midtown Manhattan. It’s exciting to bring this show to different places and faces and share it with the whole country. It’s great fun to spend time in new places, try new things and travel. I do find myself missing the NYC hustle sometimes. That and 24-hour bodegas.

The Band’s Visit has been described by critics as “understated” and “almost minimalist” yet also “humanistic” and “compassionate” – if you were to select a single word or phrase to sum up the music, what would it be and why?

I wrote a lil’ something to acknowledge the show’s closing on Broadway in the spring that still rings true for me: Music as groundwater, a deep, low reservoir of loss and love, older than any of us, waiting to be heard.

What makes The Band’s Visit stand out from everything else that you worked on during your career?

My mother’s family was a part of the massive emigration of Lebanese and Syrians to America before WWI. The Joseph family made their way selling groceries and working for the auto industry in Detroit, Michigan, like so many other Arabs in the Midwest and this country. They passed down a love for music, poetry, art and eternal things. I’m very much a culturally-American, Midwestern goofball. “The Band’s Visit” has been an incredible opportunity to connect with and represent my heritage and the rich history of Arab artistry. It’s out there and has been out there for centuries.

When I first saw The Band’s Visit, I saw my grandfather on that stage. When Dina sings about watching old movies and listening to music with her mother in their living room, I think of my grandmother, Ida, watching old musicals in her den. I think of my grandfather spinning Gershwin, “Rhapsody in Blue,” his favorite. Being a part of a production that simply shows us that Arabs have souls, souls that want, lose and love like anyone else. The Arab voice shaped America and the world. The things we pass on. I am humbled to be a tiny part of that.