Eric Perusek is a staff teaching artist with Playhouse Square. He took a few moments to share his thoughts about the Disney Musicals in Schools program.

For as long as I can remember, I have wanted to be part of something truly special, something that changes the world. Maybe that is more of an ongoing hope than a firm goal, but there is one place in my life where I feel close. It is through my work with the Disney Musicals in Schools program at Playhouse Square.

I am beginning to see that it is not exaggeration to say that Disney Musicals in Schools is a life-changing program. For the past five years, I have seen numerous students and teachers shine when given this opportunity. I’ve watched a student, who struggled with his grades and behavior, go on as a lead in his school’s musical at the last minute. He didn’t have a single rehearsal to prepare, but he didn’t miss a single beat as “Roger” in 101 Dalmatians.

I’ve watched a teacher in a tough environment go from doubting herself to staging a visually beautiful performance not once; but twice.

I’ve heard about a child who wanted to hurt himself, but trust built through this program led him to the school’s Disney Musicals in Schools team to ask for help and they were able to provide it. This program can change lives. 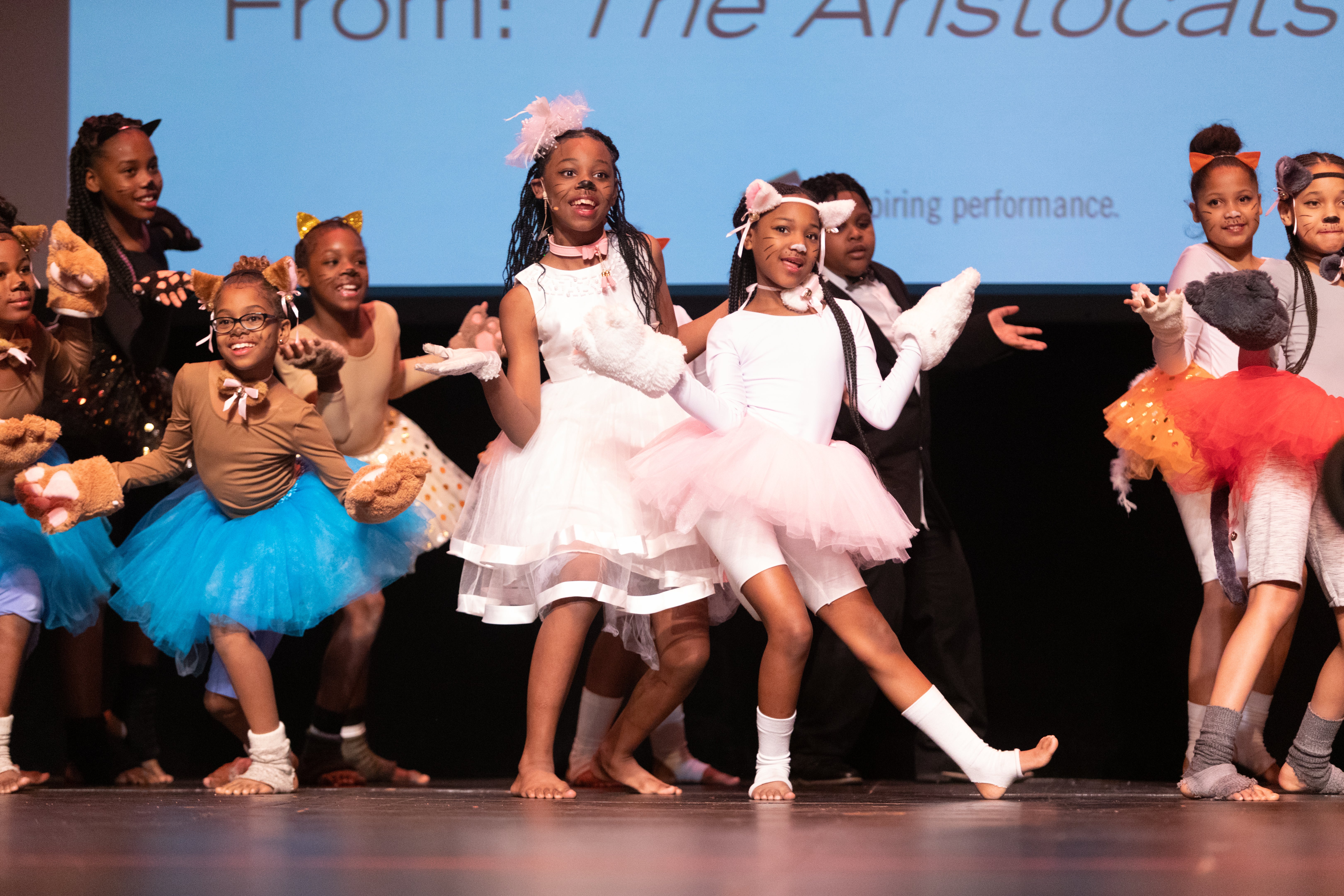 Students of Dike School of the Arts performing
Thomas O'MalleyCat from The Aristocrats KIDS.

Anyone who works on Disney Musicals in Schools will tell you that it can be challenging. Sometimes communication breaks down, sometimes a space is not available when it is supposed to be, sometimes it snows in Cleveland.

What stands out to me, though, is not how hard this work can be, but how rewarding it is. This is true every February when we see the students shine onstage and hear the thunderous applause from their families and communities. This is true when a school principal hugs you in the middle of a performance, and says, “Look at my babies” while she beams with pride. This is definitely true every Spring during our Student Share Celebration, when the four schools new to the program come together to perform on stage at Playhouse Square. This March, we will hold our fifth student share at Playhouse Square and a whole new cast will make their professional debut under the bright lights of our Mimi Ohio Theatre stage. School busses will line up on Euclid Avenue, and one by one, the students will enter our space filled with excitement and joy. Each school will perform one of their production numbers and the atmosphere will be electric from start to finish.

I can’t wait for that night because, as much as I hope we are changing the lives of these students, I know deep down that this program is changing my life as well, and that’s a pretty special feeling.