FIT FOR A QUEEN Every “Ice Dress” is custom-made for each Elsa. Whether it’s on Broadway or the North American Tour, each garment is one-of-a-kind and specially made for each actress who plays the role. Watch how one is created:

FINDING A FABRIC One of the biggest challenges in bringing Disney’s Frozen to Broadway was finding a way to mimic the costume movements seen in the animated film which are not confined to the laws of physics.  By using a carefully selected variety of sheer, shimmery and flowing fabrics, the design team was able to recreate the whimsical elements of Elsa’s costume on stage. In fact, it consists of three different layers to achieve the desired levels of fluidity.

IT’S IN THE DETAILS Each dress takes over 400 hours to produce using a range of handcrafted techniques including embroidery, hand-painting, needlepoint and beading. Take a close-up look at the variety of beads, sequins and Swarovski crystals meticulously placed to create a magical experience for audience members.

NOT TO BE LEFT BEHIND The Ice Dress wouldn’t be complete without the cape that completes Elsa’s ensemble. Despite not always being directly visible to the audience, no shortcuts were taken when piecing it together. Featuring the same level of craftsmanship, hand-sewn sequin snowflakes adorn the length of the cape, further adding to the mystique of the isolated queen. 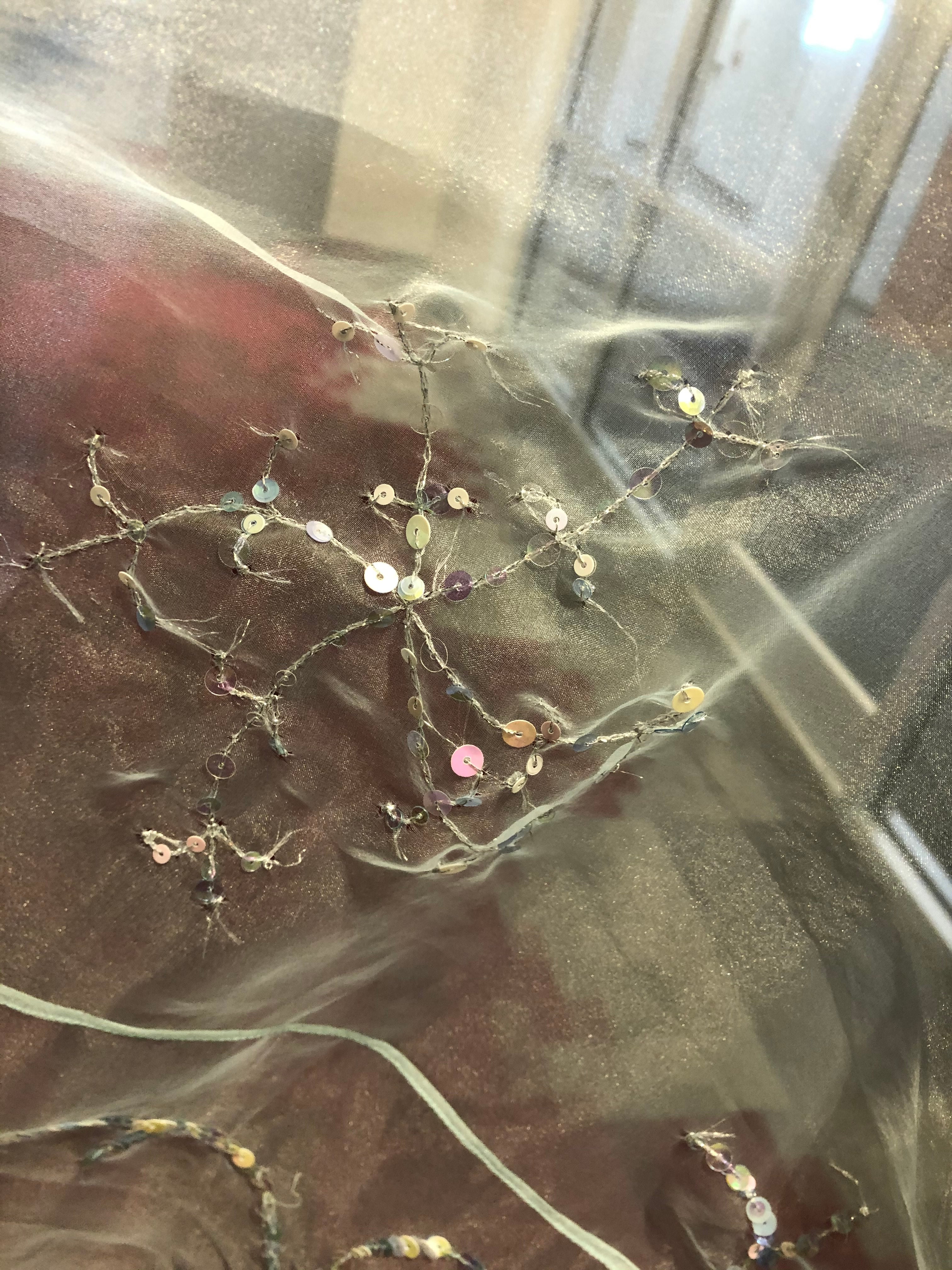 DON’T BLINK Elsa’s quick change happens near instantaneously live on stage as she sings “Let It Go.” This is the first time the audience gets to see the Ice Queen in her iconic look and was achieved by creating a tear-away version of her dress to visually amplify her character transformation.