A Conversation With J.R. Heckman

After winning Best Actor in a Musical at the 2019 Dazzle Awards presented by Pat and John Chapman, J.R. Heckman took the Broadway stage on June 24, 2019 to perform for The Jimmy Awards audience. A three-time Dazzle Award winner, J.R. knows what it takes to participate in The Jimmys.

How did you discover that you wanted to be a performer? Do you remember the first time you realized this was something you wanted to do as a career? I always wanted to do this. In the second grade, I asked my mom if I could join choir at St. Rita’s and I was asked to sing a solo. Eventually I was asked to canter a mass and I loved it.  I went into musical theater in 5th grade by performing as a beggar boy in Les Misérables at Solon High School. It really encouraged me to audition for different shows all around Cleveland. I continued to audition through high school whenever I could and that is really when I felt I wanted to do this for the rest of my life. I look at voice lessons as my therapy and enjoy being able to work on my craft. 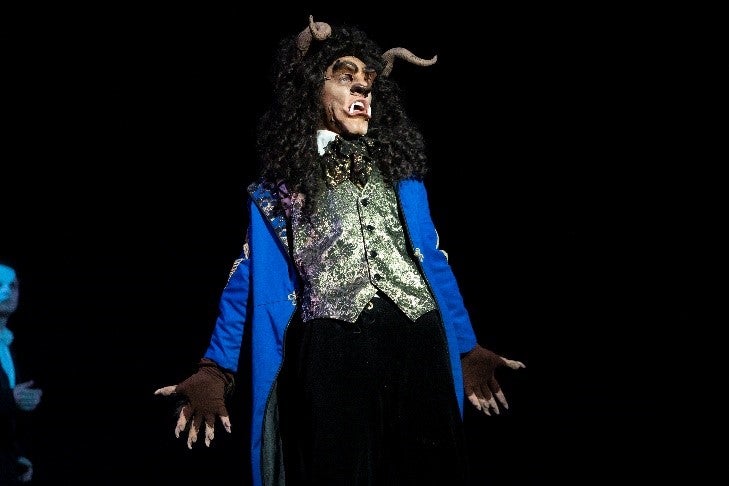 Do you remember the moment you stepped out to perform on the Playhouse Square stage? Were you intimidated or excited? I was always excited to be performing on the Playhouse Square stage. I remember going to Playhouse Square shows as a kid and envisioning myself on the stage performing different roles. I was able to live out a dream and perform on stage during the Dazzle Awards. My freshman year, the first year I performed, my peers from Solon High School were in the audience, cheering me on and it made the experience so memorable and less nerve-wrecking. At the Dazzle Awards, everyone comes together and lifts you up and having my family, friends and school there meant the world.

How would you describe being at the Jimmy Awards (the National High School Musical Theatre Awards)? It was so exciting to be a part of such an amazing event. I got to perform my solo on stage at the Minskoff Theater on Broadway. I performed “If I Can’t Love Her” from Beauty and the Beast in my costume. I sang this song in the atrium of the Disney cruise I went on during my freshman year of high school to my great grandma, so coming full circle and being able to perform it on Broadway was amazing. You also get to meet new people and make friends with people who have the same interests as you. The experience gave me the confidence to do what I love. 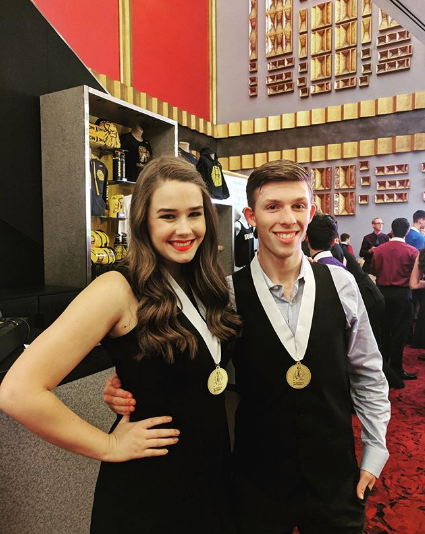 How do you think participating in the Dazzle Awards have impacted your college training/career? If it wasn't for the Dazzle Awards, I wouldn’t have the confidence I do now to go into this career. The Dazzle Awards inspired me to go to NYU and be in NYC to pursue a career in Musical Theater. I’m not sure I would be in NYC if I had not participated and performed in the Dazzle Awards. I was able to work with industry professionals and learn more about singing, dancing and acting which prepared me for The Jimmy Awards, the rehearsals and master classes. 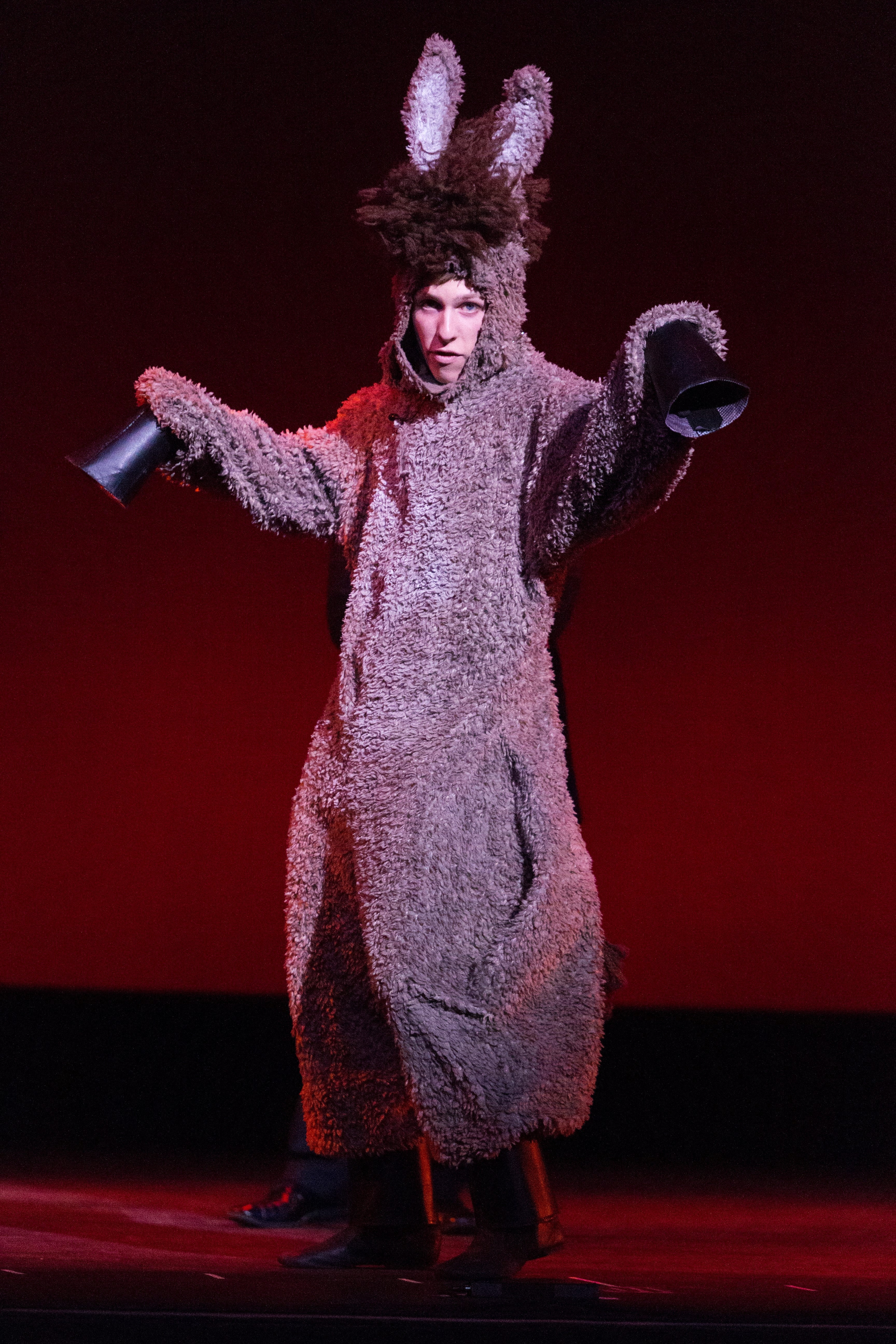 What advice would you give to next year's Dazzle Awards winners as they head to the Jimmy Awards? Take in as many opportunities as you can, be a sponge! Make sure you really take all the advice you can get. I’d also say don’t be afraid to try new things with your character. Try new ways to sing your song or try different acting techniques. Also, just have the best time. Make as many friends as possible because they could be your future collaborators. Perform your heart out, love every second of it and be fearless.

If you could go back in time, what would you tell your high school self? I would tell myself to not overthink everything. The character I’m playing isn't thinking of those things so it’s important to stay in the moment. Also, have time to relax. I was doing production after production when I was in high school and it was really important to take moments for myself and just get ice cream with friends. 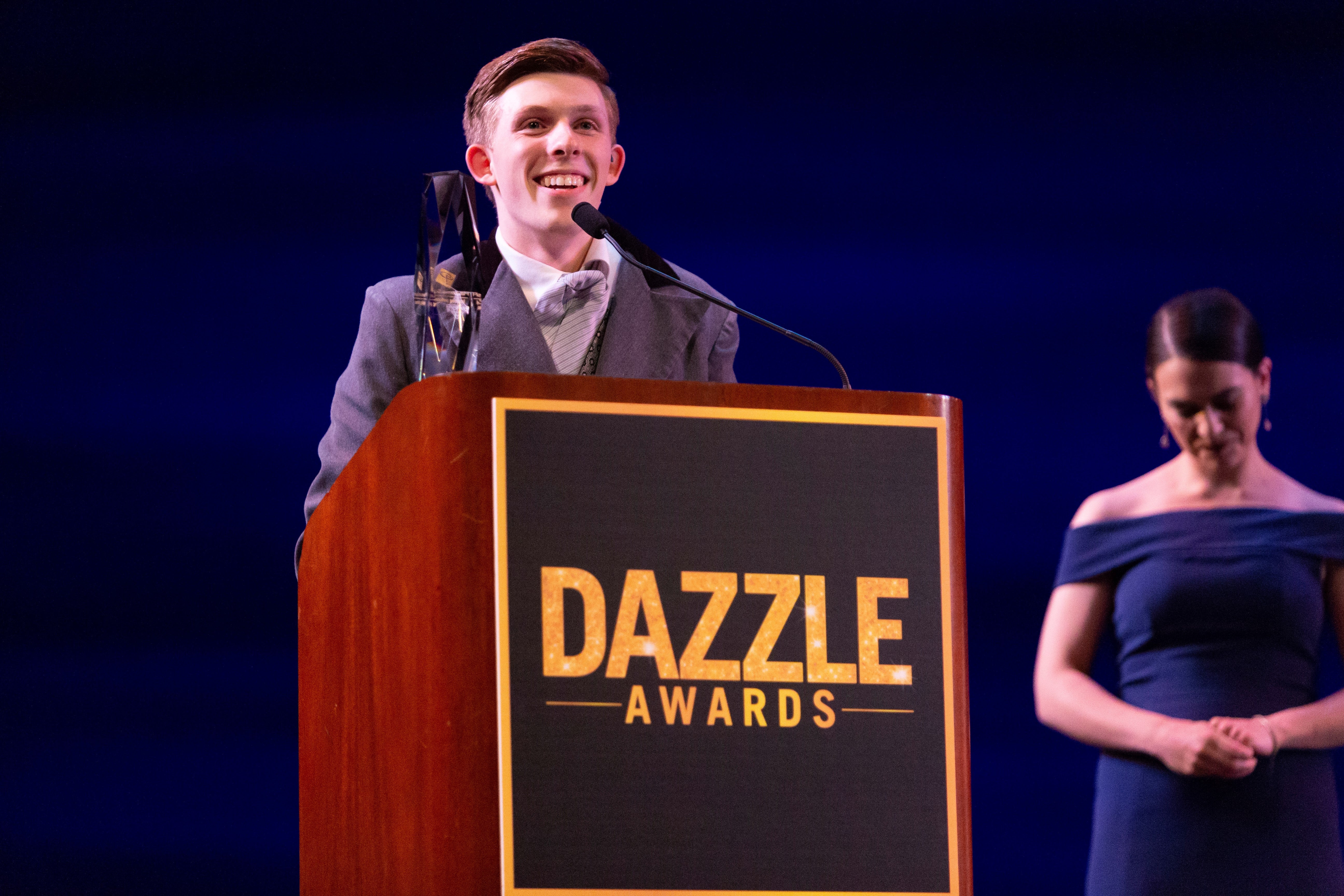 How is life in the Big Apple? Life in the Big Apple is good. It's everything and so much more than I could have imagined. I'm studying at the NYU Tisch New Studio Musical Theater training program. I am learning from professors who have earned Tony Awards and have connections to the industry. The program keeps me busy in the best way possible and I have out-of-this-world opportunities. I have had many opportunities within the drama, film and television departments to work on student films and short plays and I still find time to cantor masses. 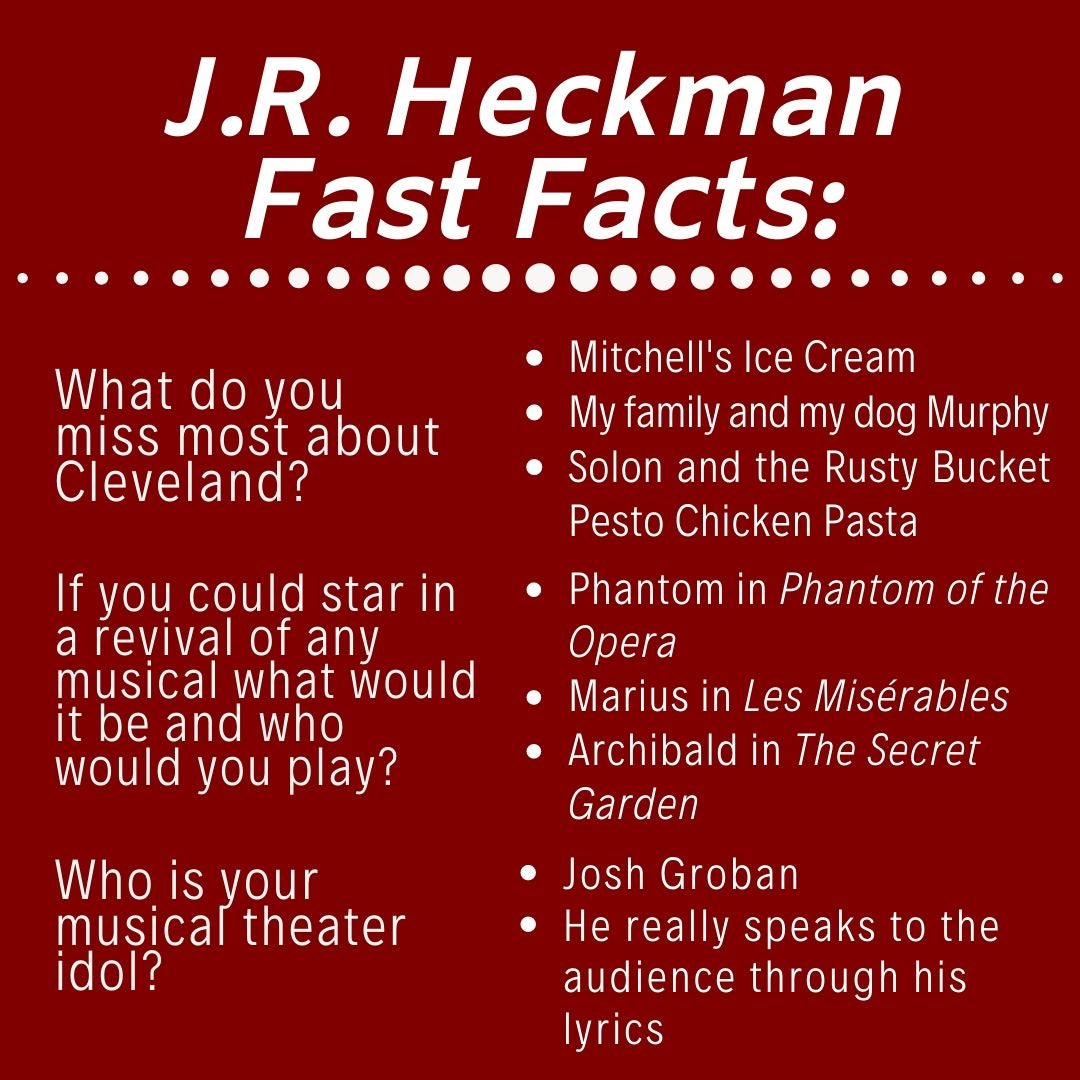