A Salute to Sondheim 🖤

Quite possibly the greatest musical theater composer and lyricist of all time, Stephen Sondheim’s prolific career spanned an incredible 7 decades. Passing last month at the age of 91, he left behind a catalog of work that garnered him countless accolades through the years, including various Grammy, Tony and Olivier Awards, as well as the Presidental Medal of Freedom. In honor of this legendary lyrical genius, today we look back over 5 of our favorite Sondheim creations. 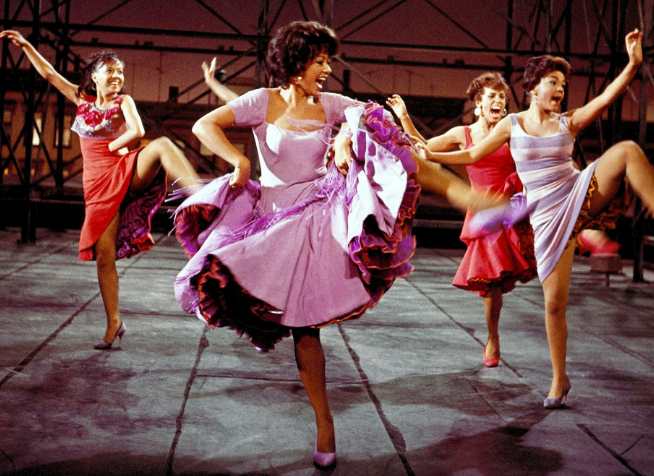 Widely regarded as one of the greatest musicals of all time, West Side Story is still captivating audiences over 60 years on, so much so we are eager to enjoy Steven Spielberg’s cinematic retelling of the iconic musical in movie theaters this Christmas. Relatively early on in Sondheim’s career, this musical readaption of Romeo and Juliet boasts an exhilarating score with world renowned hits like ‘America’, ‘Maria’ and ‘Somewhere’. 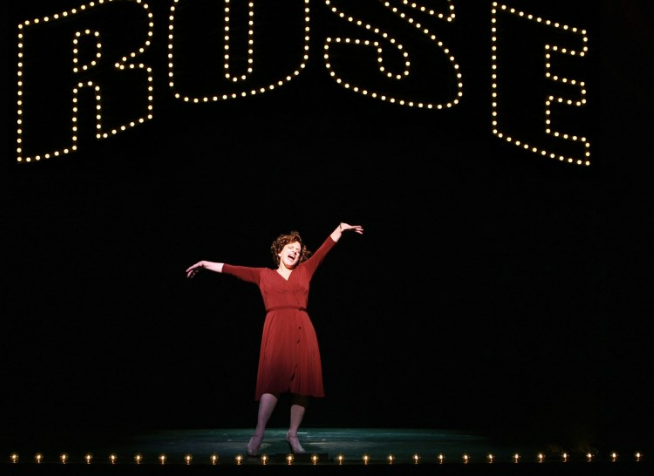 The 1959 musical, loosely based on the memoirs of striptease artist Gypsy Rose Lee, follows Gypsy and her overbearing mother Rose as they work their way up through show business in the early 1920s, from the fading lights of Vaudeville to red lights of Burlesque. Time after time audiences  fall in love with the endearingly complex character of Rose, famously brought to life by the likes of Ethel Mermon, Bette Midler and Patti LuPone to name a few. Sondheim created a flashy, fun score for this piece that perfectly captured the flare of Vaudeville and Burlesque, while simultaneously delivering emotional gut punches with the likes of of 'Rose’s Turn'. 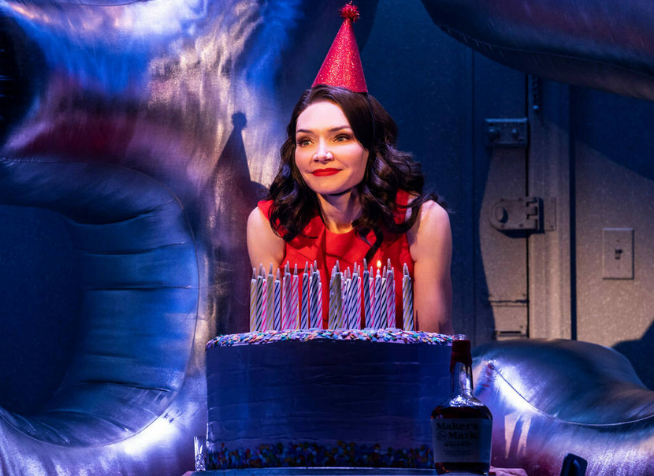 With a Broadway revival currently performing at the Bernard B. Jacobs Theatre in New York, this musical comedy has managed to stay relevant and fresh even today despite the fact it it made it's debut back in 1970. With the current revival introducing a gender swap to the titular character Bobbie, the show features an indelible score from Sondheim that so beautifully communicates the struggles of modern love and companionship. 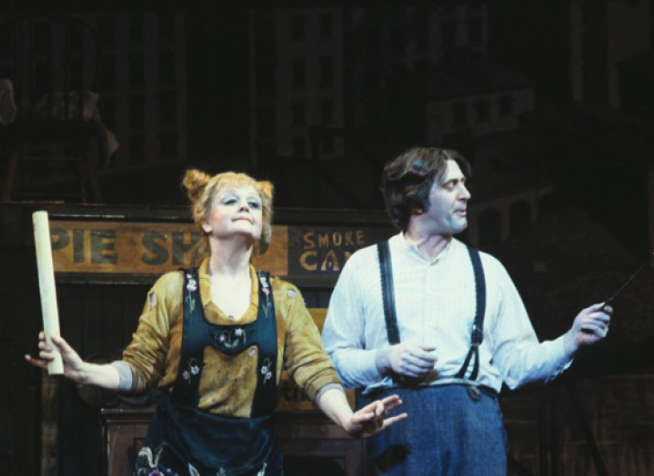 Premiering in 1979, with countless high-profile theater revivals and big screen retellings, Sweeney Todd is undoubtedly one of Sondheim’s most beloved musicals albeit with one of the most gruesome subject matter. Following a frightening tale of haircuts, murders and pie, Sondheim's wonderfully unrelenting score in Sweeney Todd has ensured audiences keep coming back for seconds at Mr Lovett’s Pie Shop year on year.

SUNDAY IN THE PARK WITH GEORGE 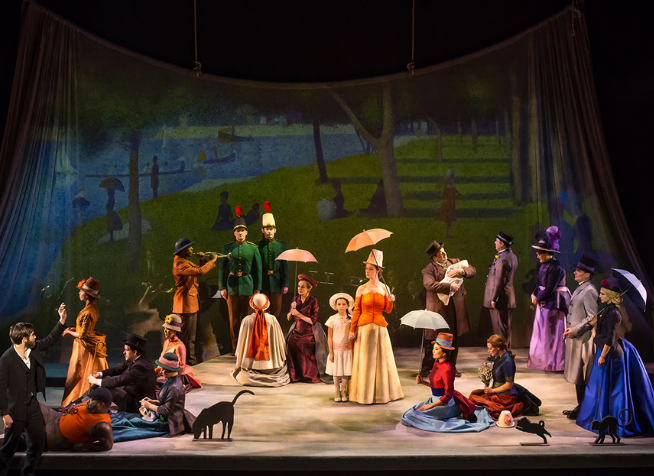 Broadway cast of SUNDAY IN THE PARK WITH GEORGE Matthew Murphy

Using the painting 'A Sunday Afternoon on the Island of La Grande Jatte' by George Seurat as the muse, Stephen Sondheim fictionalizes painter George Seurat in Sunday in the Park with George. With a Broadway premier in 1984, the gracefully fluid score here offers up as much light, texture and color as the original painting itself, earning Sondheim acclaim once again from the Tony awards, Drama Desk Awards and even the Pulitzer Prize. A clear favorite among theater critics and Sondheim devotees alike, on the composer's passing, members of the Broadway community took to the streets of New York to sing ‘Sunday’ from the show in his memory. May he rest in peace.