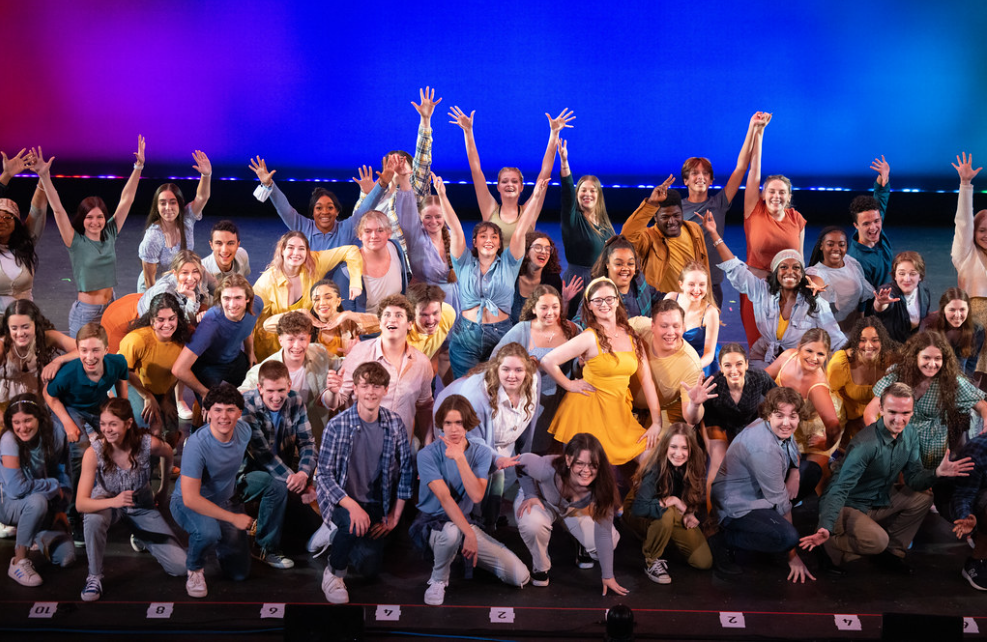 The Dazzle Awards presented by Pat and John Chapman offered arts education opportunities throughout the school year and culminated with an awards showcase staged by Broadway director/choreographer Connor Gallagher. The return of the live Dazzle Awards included the debut of an original song written just for the event: "A Chance to Shine" with music and lyrics by Dazzle Awards Music Director Joel Mercier. Playhouse Square also recognized the musical director from each participating school as an “Arts Champion” with a special Dazzle Award in honor of their dedication, leadership and perseverance. 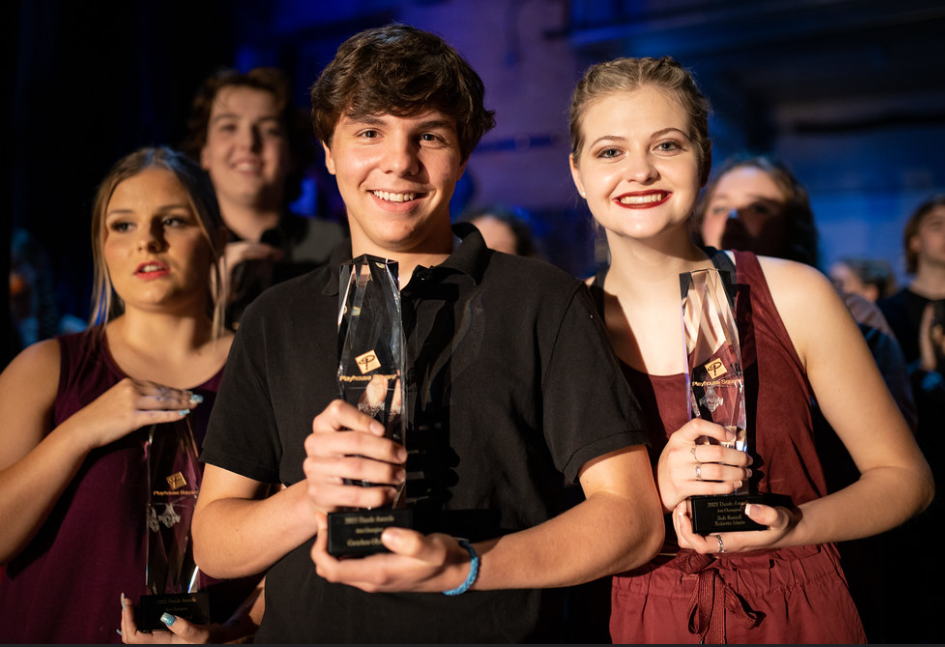 The Dazzle Awards program is affiliated with the National High School Musical Theatre Awards (“The Jimmy Awards”) presented by The Broadway League Foundation. After a 3-year hiatus due to the pandemic, The Jimmy Awards once again invited the regional winners of the Best Actor and Actress categories to New York City, where 92 Nominees from 46 regional programs participated in an 8-day theater intensive, including coaching and rehearsals with Broadway professionals, in preparation for a one-night-only talent showcase on June 27, 2022 at the Minskoff Theatre on Broadway.

The 2022 Dazzle Awards Best Actor and Actress winners were Daniel Blum of Mayfield High School and Gabi Ilg of Medina High School. Daniel and Gabi are both graduating seniors and previous Dazzle Awards Nominees, and are both incredibly kind and serious about their craft. 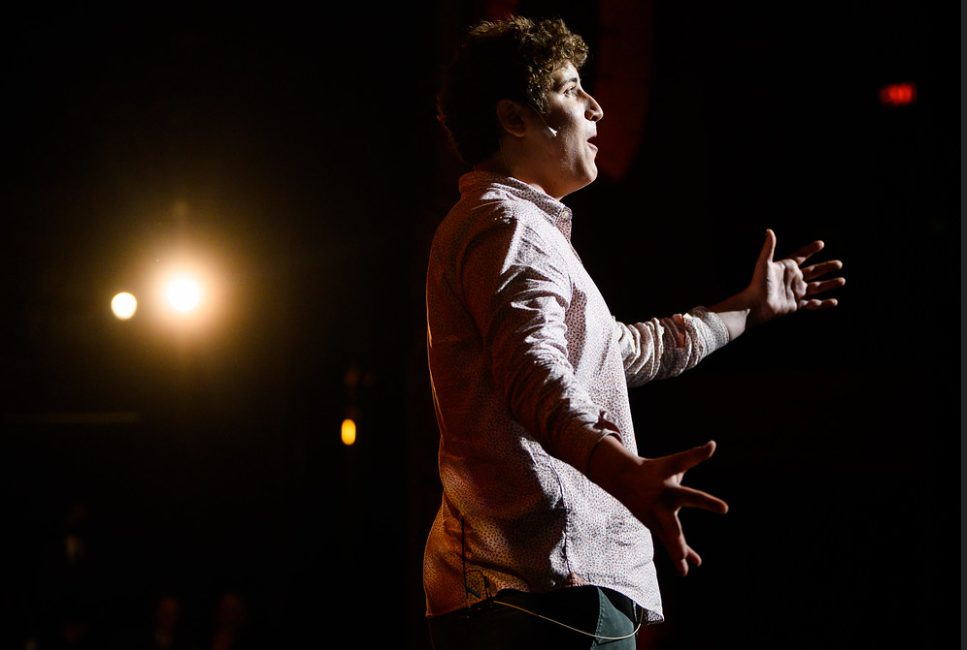 Daniel is a self-proclaimed “goof” with an affinity for sweets, caffeine, basketball, the ‘80s and classic rock music, and the Halal cart in NYC. This fall, Daniel is attending The University of the Arts in Philadelphia, PA, where he will pursue a degree in musical theater. 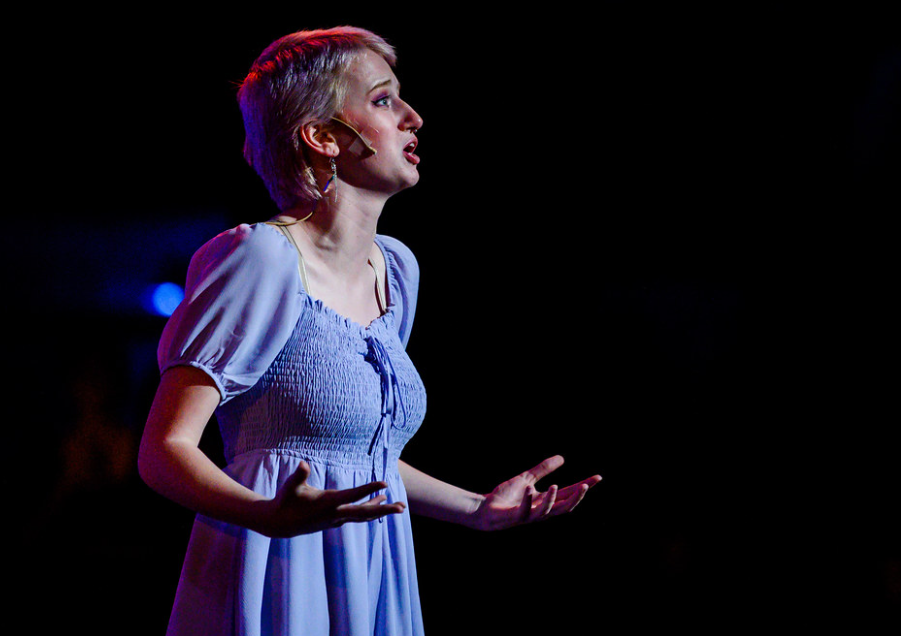 Gabi is a gifted musician, playing both the piano and the flute, and writes their own music. Gabi loves Sour Patch Kids and any/all sandwiches. This was Gabi’s second time on an airplane and their first trip to The Big Apple. Gabi plans to attend Cleveland State University in the fall to pursue a degree in Chemical Engineering. 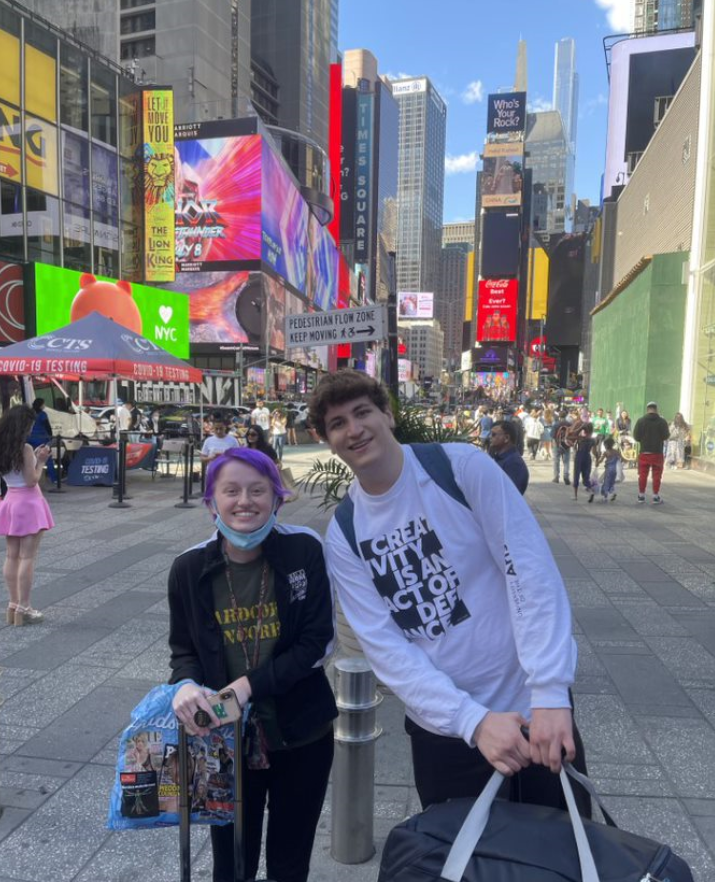 Because travel these days is a bit chaotic, we decided to fly to NYC a day early to avoid a late arrival. After landing at LaGuardia, we took a taxi to our hotel in Times Square where we all changed for our fun evening – dinner and a show! We enjoyed a fabulous sushi dinner and some Boba Tea before making our way to the Marquis Theatre to see BEETLEJUICE on Broadway. This was a special show for a few reasons… it was Gabi’s first Broadway show, and it happened to be a show that our Dazzle Awards Director/Choreographer Connor Gallagher choreographed! 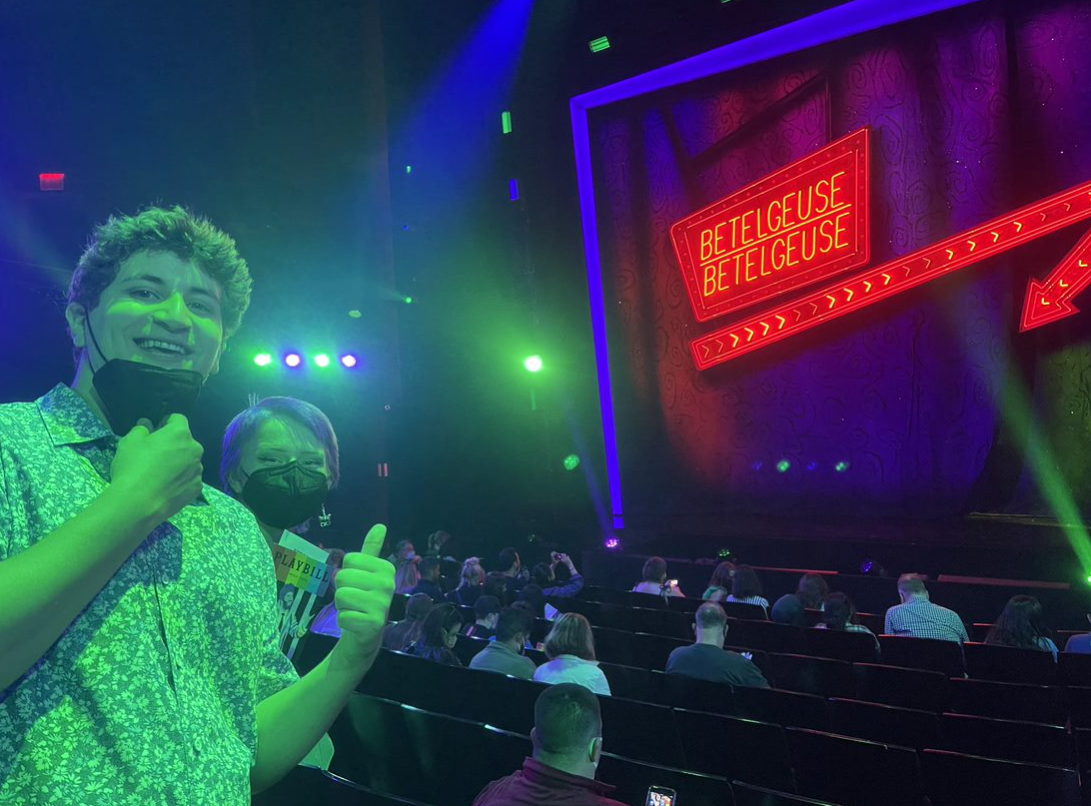 After an early morning trek from midtown to the upper westside for the most delicious coffee and bagel breakfast of all time, Daniel, Gabi and I arrived to The Julliard School for check-in. Right away, we were all blown away to be staying in the dorms at Julliard, right across from The Met and Lincoln Center! We got settled into our rooms before the pizza dinner and welcome sessions began. It was so exciting to meet the other nominees and chaperones! 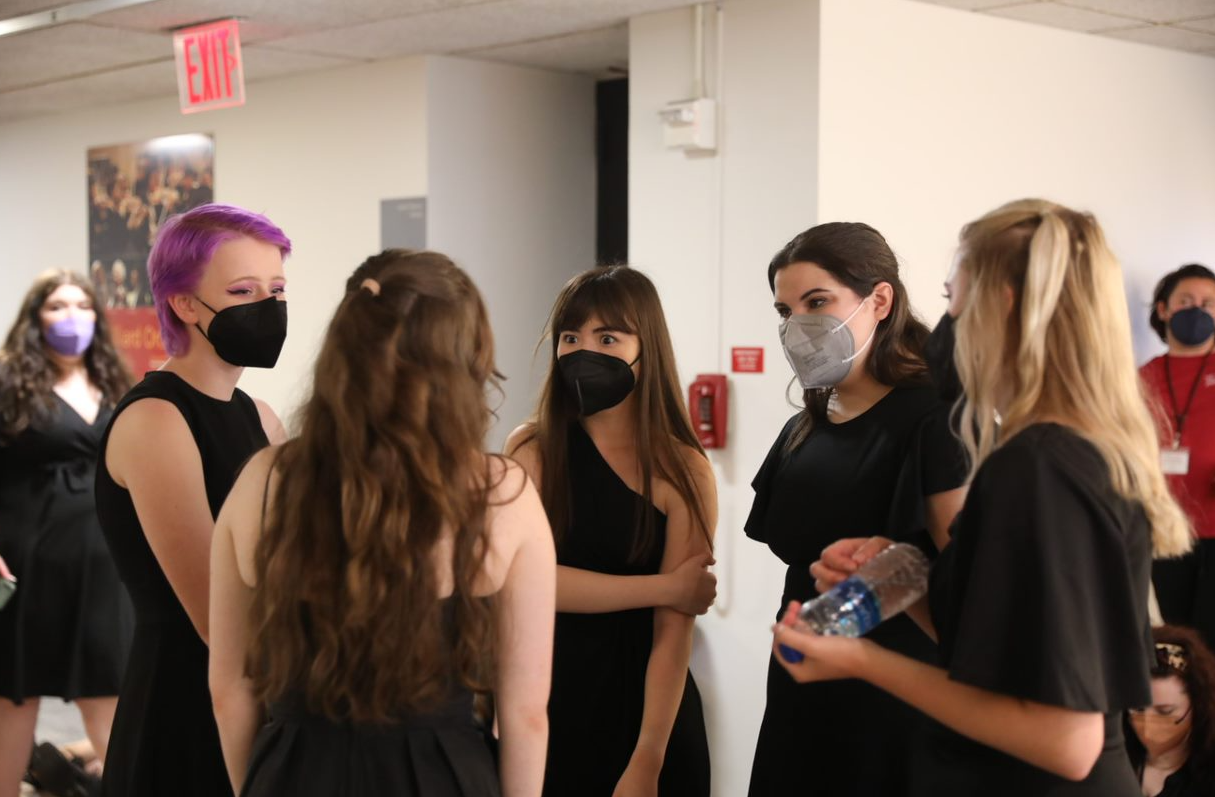 We even got to catch up with our Dazzle Awards Alum J.R. Heckman, who was hired to be the Director’s Assistant. What a full-circle moment! Then, time for bed…

The schedule for The Jimmy’s is rigorous with 7:45 a.m. calls and 8:30 p.m. end times, but everyone there is so committed to the process that the days pass by in a blur. The nominees spent the first few days working on the opening and closing numbers as a full cast, before receiving their performance groups and small group coaching assignments. 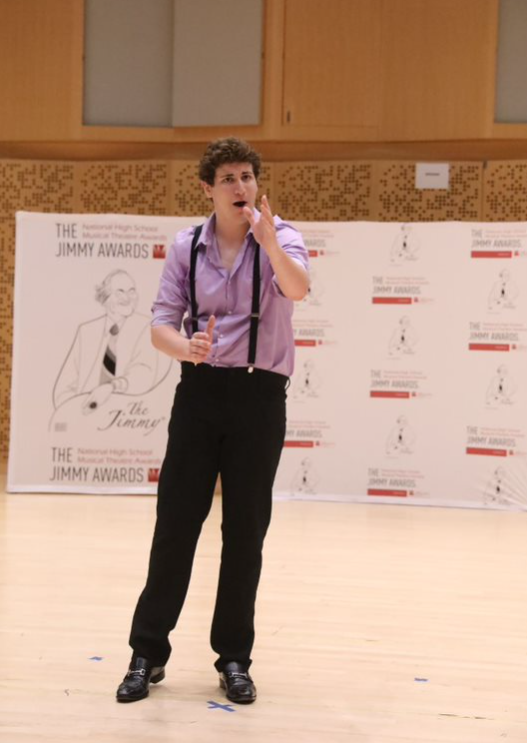 Daniel was chosen for the “Tribute Group,” which was a medley of songs to pay tribute to the great Stephen Sondheim. He also had the opportunity to work on his solo song with Broadway’s Desi Oakley. 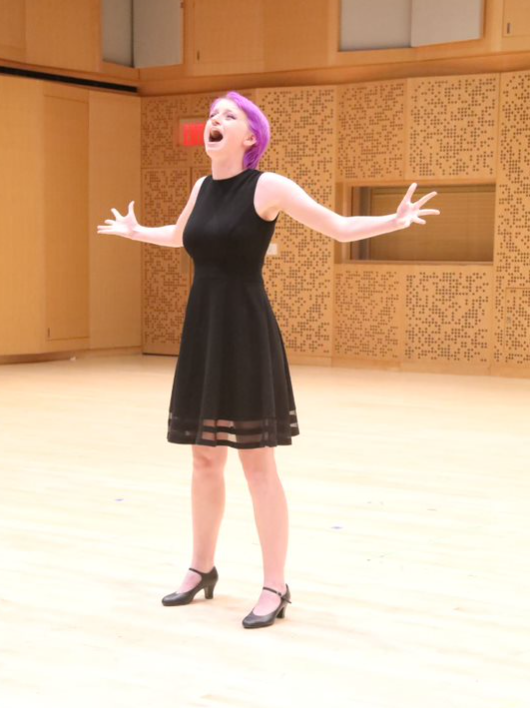 Gabi was chosen for the “Character Group,” where they performed a cut from their Dazzle Awards winning song “Lost in the Brass” from BAND GEEKS.

They got to work on their solo song with the great Howard McGillin. Both Daniel and Gabi agreed that their coaching sessions were some of their favorite parts of the experience because it gave them the opportunity to be vulnerable, to dig into the complex motivations and intentions of the characters they were portraying and find ways to relate it back to their own livses. They also enjoyed seeing their peers shine and receive feedback. 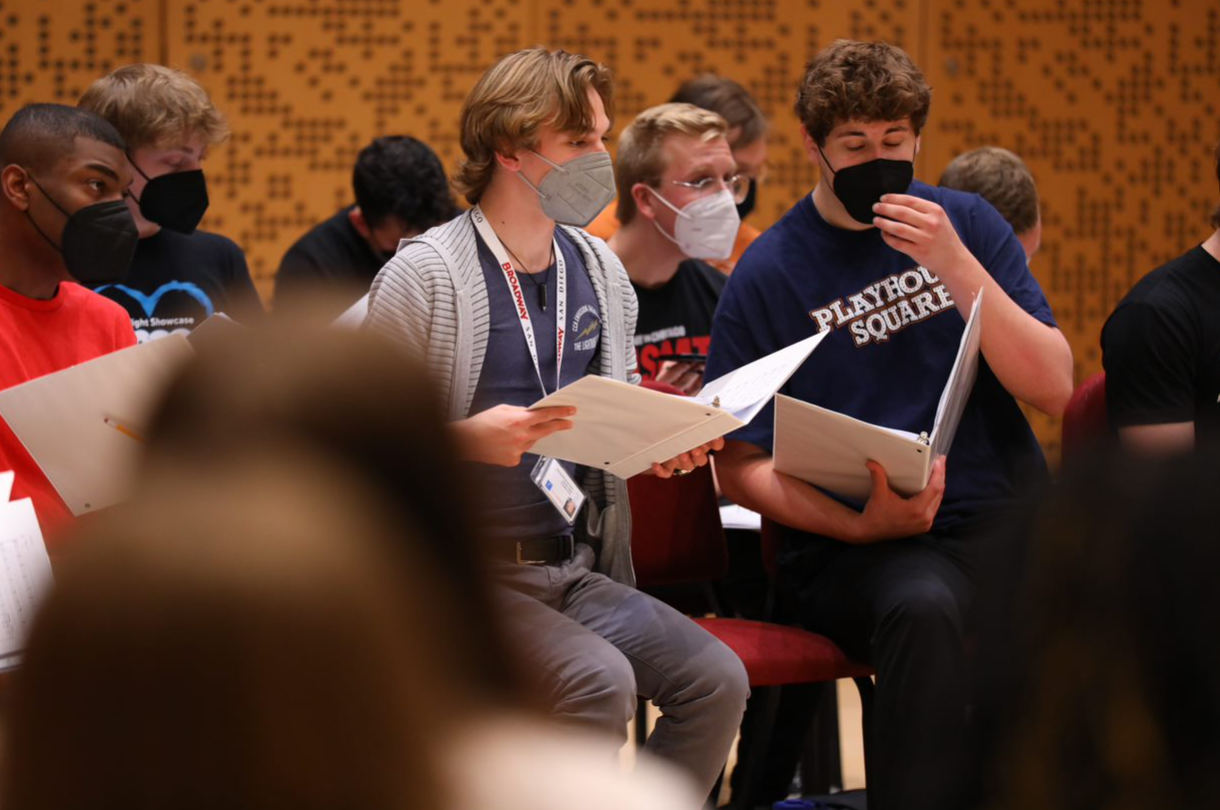 A midweek reprieve from rehearsals and coaching sessions included a private dinner at the world famous Sardi’s Restaurant in Times Square before seeing MOULIN ROUGE on Broadway. 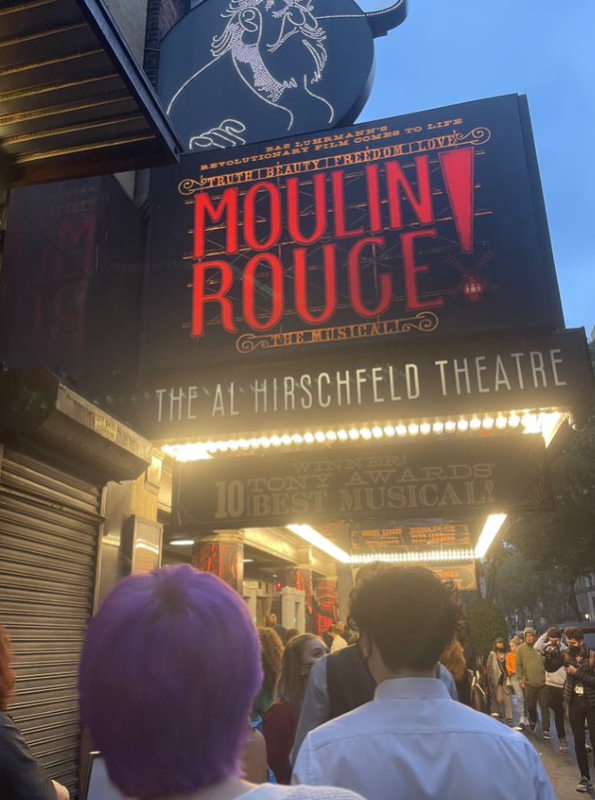 If you’re keeping track, that’s Daniel and Gabi’s second Broadway show in 4 days! The show was so immersive and beautifully designed, and, the cast even did a private talk-back for the nominees after the performance. The nominees also got a taste of fame when the Jimmy Awards surprised them with their names and headshots on a giant billboard in the middle of Times Square. Talk about a showstopper! 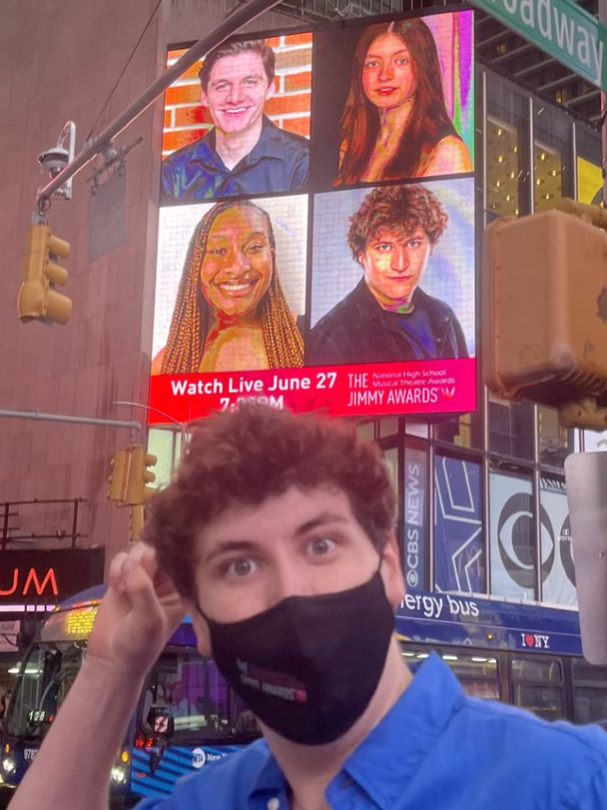 Fast forward to the weekend and it’s “Press Day” and “Judging Day” where the full cast got to perform the opening number for the media, and each Nominee got to present their group number and their refined solo piece to a panel of highly esteemed judges. Although these two days were long and a bit stressful, everyone was so grateful for the chance to perform for some of Broadway’s most qualified professionals, including Tim Federle, Montego Glover, Brian Moreland, Alecia Parker, Tara Rubin, and Bernie Telsey. After a rewarding and long week of rehearsals and performances, they finally got to relax. Some slept, others went for a walk, a few called home, but most of them read the Sunday Times where they saw their headshots featured in the Arts and Culture section! 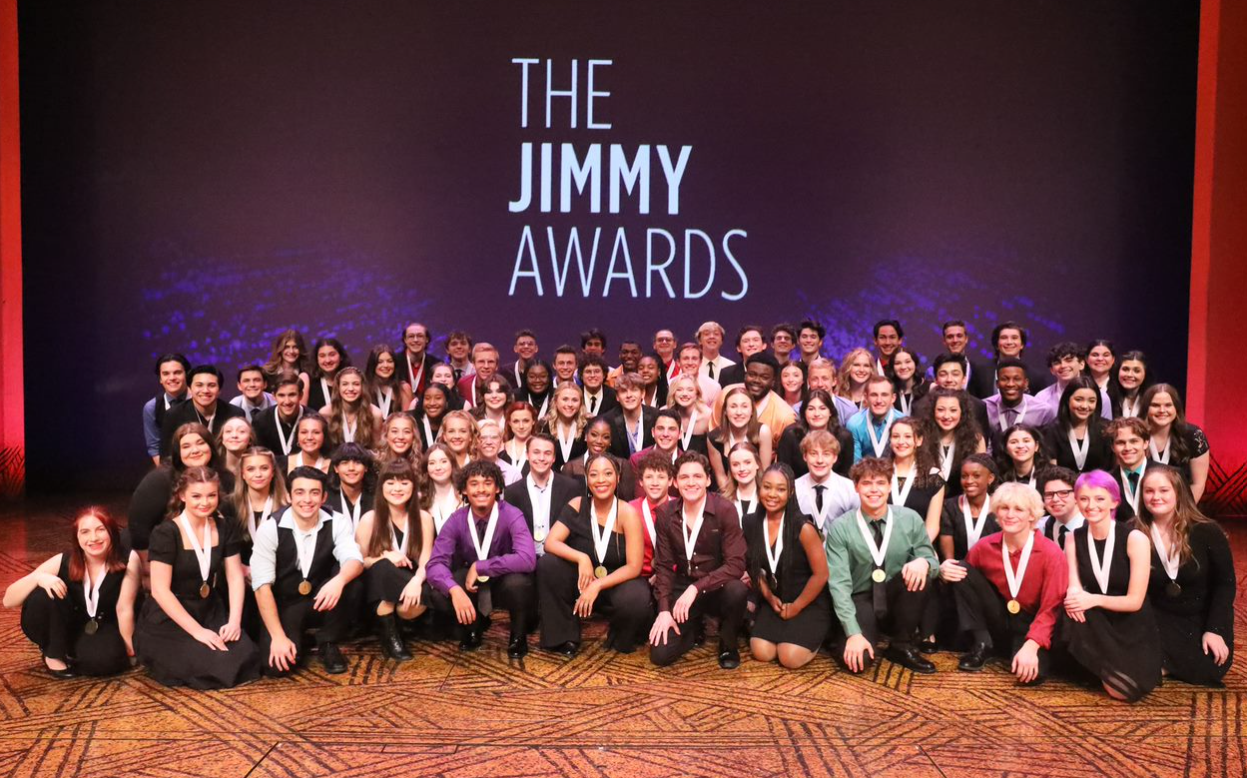 On the morning of the show, we took a bus to the Minskoff Theater for rehearsals before the nominees walked onstage for the first time for sound check. It was so magical to see their excitement, to feel their nerves and to witness all their talents leading them to that moment. The nominees certainly made The Jimmy Awards return to a live show a triumphant one. 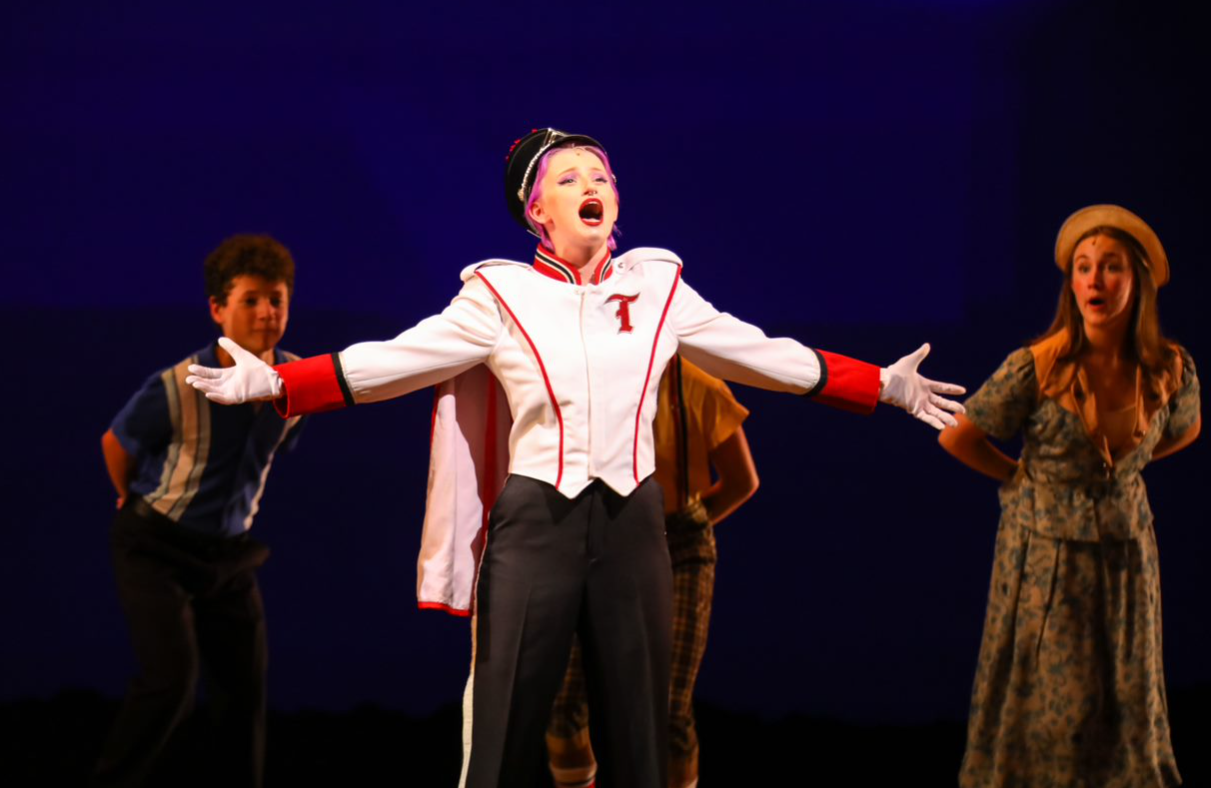 Everyone hit their marks, performed with enthusiasm and poise and an incredible amount of heart. They were bonded by their shared experiences, their love of performing and their new friendships and it truly showed. Sadly, after an incredible week and a lot of hard work, Daniel was not able to perform due to unforeseen circumstances.

My heart was so full witnessing Daniel and Gabi learn, grow, conquer and adjust all week. Watching them immerse themselves into this new experience despite their nerves and expectations was truly inspiring and reminded me that we can do anything if we’re open-minded, committed and passionate. 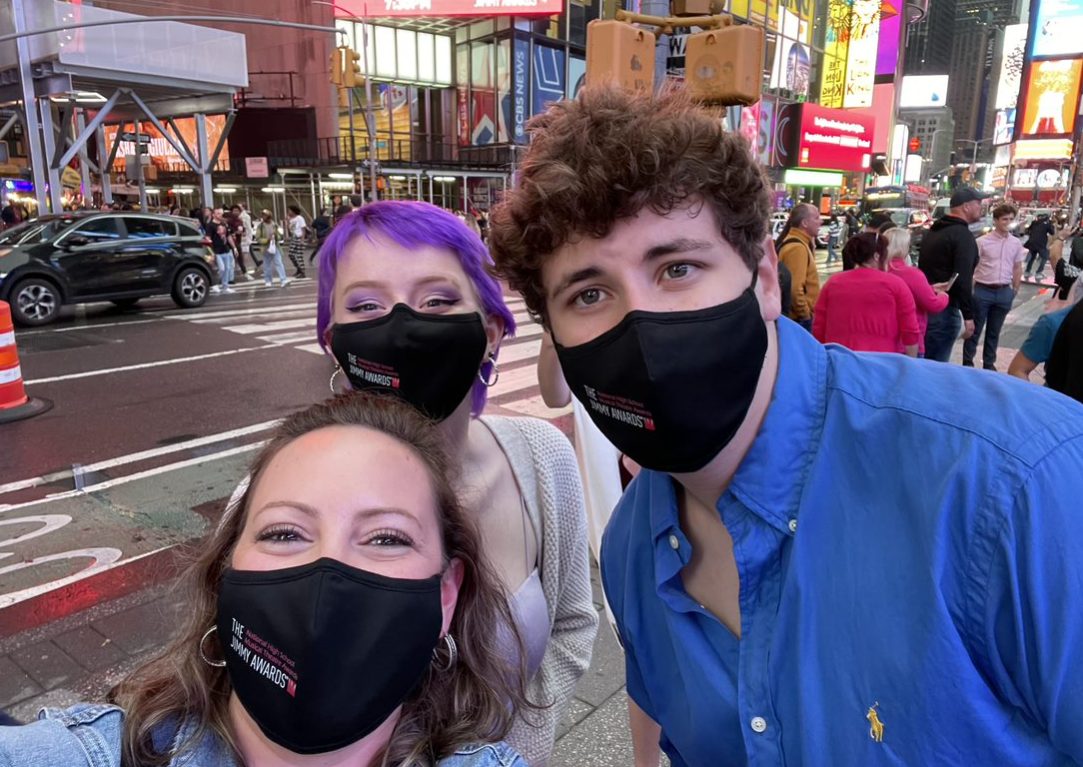