All About our GE Chandelier

In the words of Regina George, our GE Chandelier is a massive deal (literally and figuratively). Not only does it stand at 44 feet tall above Euclid Avenue, but it also serves as the heart of our district and the largest outdoor chandelier in North America.

Where it all began…

In 2014, Playhouse Square dramatically transformed the district through the creation of an iconic identity designed to bring the beauty of the historic theaters outdoors. Thus, the GE Chandelier was born! The chandelier was officially lit for the first time on May 2, 2014. We celebrated this momentous occasion with 25,000 people during our “Dazzle The District” celebration. It was lit. (Pun intended.)

The chandelier took one year to make with help from Montreal lighting manufacturer Lumid. There, the team collaborated and made sure our chandelier was ready for Cleveland winters, winds, and so much more!

Let’s talk crystals: 4,200 of them, to be exact. Each crystal was added to the chandelier by hand, a process that took 20 minutes to complete for each piece. Up close, each crystal is even more magical! 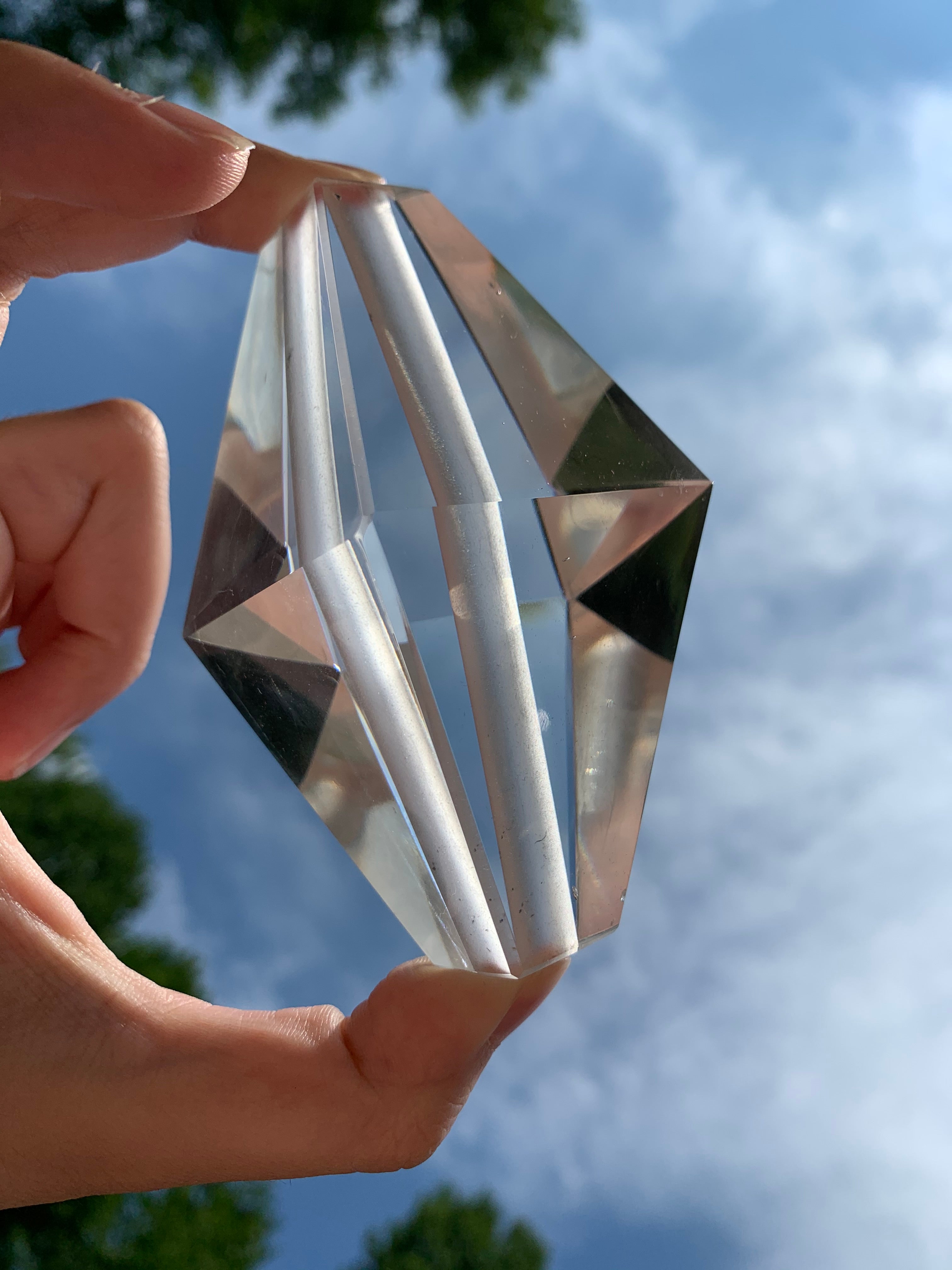 With the help of our friends at GE, our chandelier is beautifully lit by 68 GE LED lights on a timer, costing us only $1000 a year to light the entire structure.

Speaking of the structure...

The GE Chandelier itself stands at 20 feet tall and graces the intersection of East 14 Street and Euclid Avenue. It is suspended by a 44-foot high steel structure.

Where memories are made!

Since its debut in 2014, the GE Chandelier acts as a major landmark in Cleveland and has been the home to many #GEChandelier selfies, proposals, wedding/graduation/engagement photos, and so many memories of coming to the theater and our district. We can’t wait for all of the memories to come!

Next time you’re out and about near our GE Chandelier, make sure to take a photo and tag us @playhousesquare.