Behind the Scenes of Come From Away

Brittany Ozanich talks about her behind the scenes experience with Come From Away!

As a college student, we are told the number one thing we need to do before we graduate is get an internship. As a third-year theater major about to enter her last year, I was worried I was running out of time, that I would graduate without the real-world experience I desperately needed. This is especially true in a performing arts career where everything depends on hands-on experience and the people you know.

That’s when I received an email from one of my professors regarding an internship with Playhouse Square and the Broadway League. As a sound tech with no management experience, I knew this was something I needed to explore so I could understand the workings of a touring show from a much broader perspective.

On July 16, I joined the Come From Away company at Playhouse Square for a week-long internship with company manager Erik Birkeland and his assistant Dominic Barbaro as part of the ATPAM (Association of Theatrical Press Agents & Managers) Diversity Initiative through the Broadway League.

That wasn’t the very beginning though. The week before the official start of my internship Erik invited me to the Connor Palace for cast orientation and took me backstage to meet the production crew and press agents. I ended up staying for soundcheck and watched the show from the soundboard. Right from the start they were generous and welcoming - a true reflection of the musical onstage. 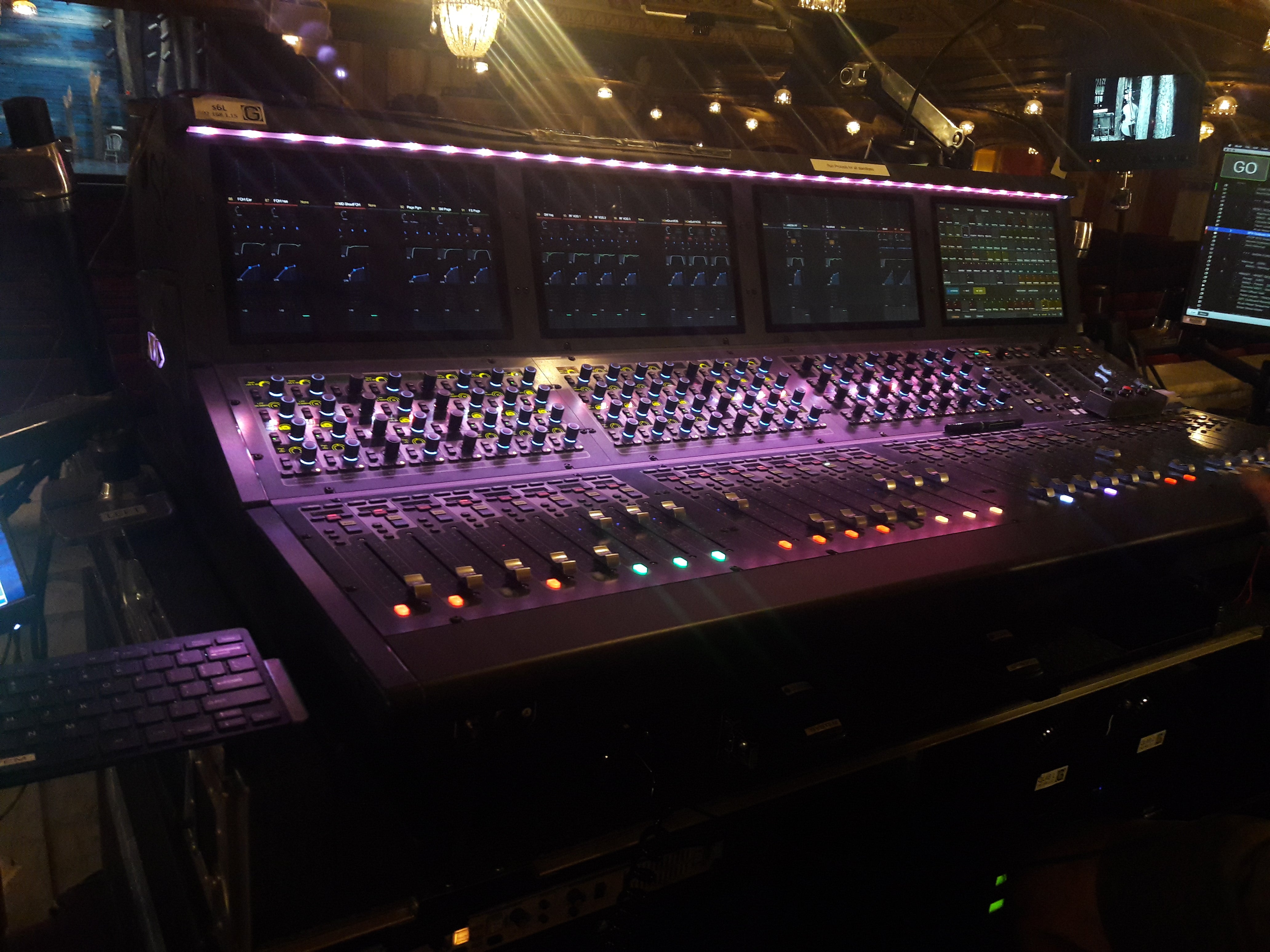 Being a sound tech, I had no idea what work to expect for the workload of a company manager. I went in with a basic notion that their job is to be a “mother hen” for the entire company as they operate on a day-to-day basis. What I didn’t realize was the monstrous amount of paperwork, emails, texts, phone calls, and research done in order to keep the show running smoothly.

Erik and Dominic’s jobs require collaboration between what seems like hundreds of different entities, including unions, booking agents, and casting agents amongst others. In addition, they are always researching upcoming cities on the tour and creating spreadsheets for these cities to be given as informational guides to the company.

I helped create one of these sheets from a template and did research for hotel info and pricing, medical institutions, and places to visit. It also included daily life things like grocery shopping, late night dining, coffee shops, and movie theaters.

For each stop on the tour, Erik and Dominic oversee how people are traveling from city to city whether by flight, bus, or car, and where they would be living. It is the kind of work that someone like me would completely overlook but expect to see done, without thinking about the effort and research put into it.

Another large part of the job is payroll. Every week, the company, producers, creative team, unions, agents, and presenters all rely on Company Management to make sure they each accurately receive their part of the weekly gross.  This pressure-filled responsibility is handled with a great deal of attention to detail.

Apart from company management, I was able to shadow different parts of the team. For one performance I was with stage management, watching Assistant Stage Manager Margot Whitney-Read call the show from her stage-right booth. Another night, I was out in the lobby with Caleb Grissett at the merchandise booth I also spent a lot of time with the sound team Nate Putnam (A1) and Demetrius Grandel (A2) watching each of them mix the show and learning the setup. 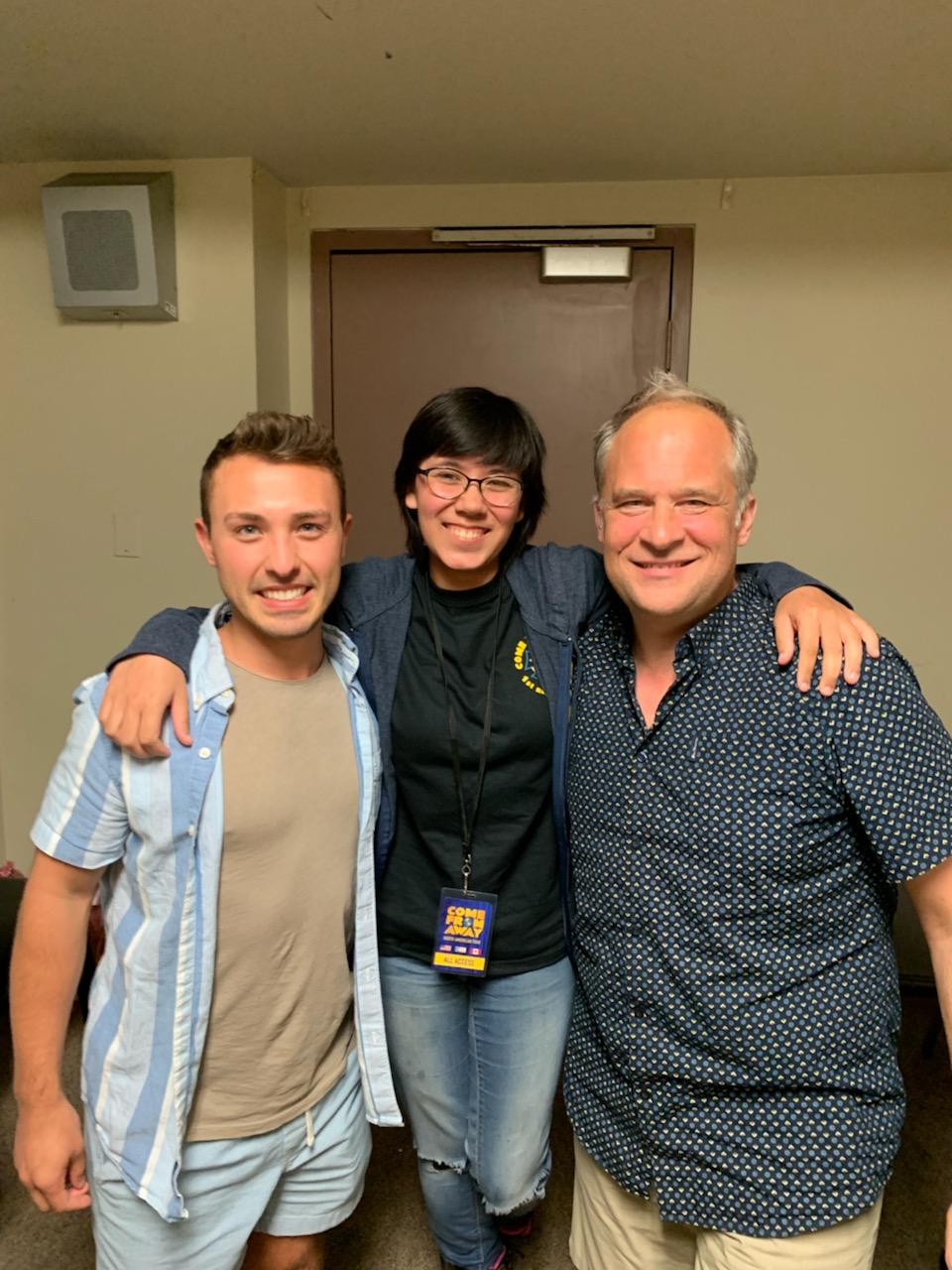 Although I’m a sound tech at heart, I’m incredibly grateful to have had this opportunity to work with the Come From Away company management team. It is a side of Broadway I had never seen before and I learned so much from it, as well as made a few new friends. Before this internship I wasn’t sure if I wanted to chase the “unattainable Broadway dream” but now I am positive that I want to go on at least one Broadway tour in my career, and it feels like it is possible.