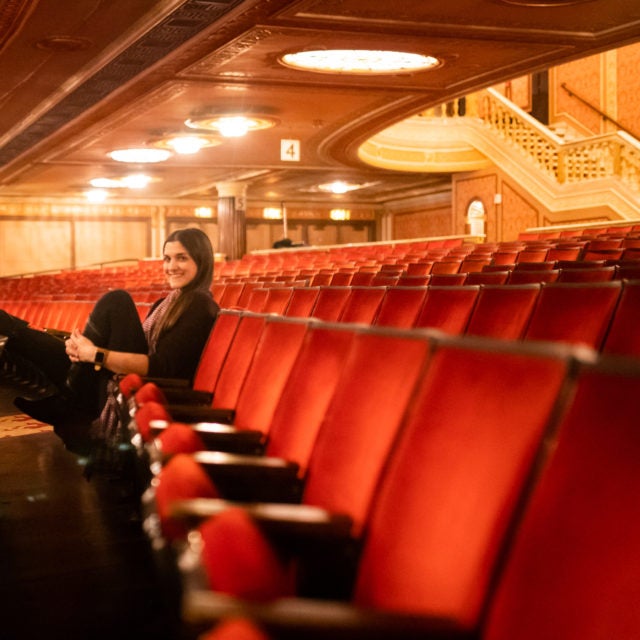 Now several shows into the KeyBank Broadway Series, you know I’m serving as Playhouse Square’s Community Engagement and Education’s blogger for the fourth season in a row. Join me as I to take you behind the scenes to interview a member of the featured show’s cast, crew or creative team for each of the Broadway Series performances. The next show is A Bronx Tale.

Today on the blog, I’m sharing my Playhouse Square Behind the Curtain interview with Richard Blake, the actor that plays Lorenzo in the show. 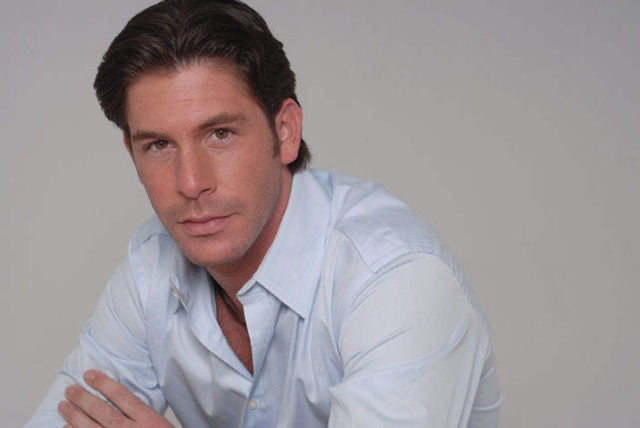 Tell us about yourself. How did you discover performing? How did it bring you to the theater, specifically A Bronx Tale?

I was a clumsy kid, so my parents put me in a gymnastics to learn dexterity. Where I took gymnastics, they also taught tap dancing and that looked like fun, so I started tap dancing. Well, that led to dance competitions where I was discovered by an agent when I was eight years old. She got me my first audition and I booked it. It was for a new musical at Goodspeed Opera House. And… I’ve been working ever since. The audition for A Bronx Tale came up while I was doing Jersey Boys on Broadway. It is one of my favorite movies, so I told my agents that I had to be seen for it. It’s the same producers and choreographer, which meant they knew me and (thankfully) liked me, so they brought me in.

Before joining this tour, you originated the role of Lorenzo in A Bronx Tale on Broadway. What’s your biggest challenge while on tour compared to being in one location?

Honestly, the only real challenge is being away from my family. They are with me a lot but not all the time and while I actually enjoy touring and seeing the country, it’s really hard to not be with my wife and son every day.

In bringing this character from the screen to the stage, what did you keep in mind as the actor playing a role that audiences are already familiar with from the movie?

Well, I knew my work was cut out for me. Not only was I playing a role that people were familiar with from the motion picture but the person who played that role was a living legend, Robert De Niro. Fortunately, Bob (Mr. De Niro) and Jerry Zaks both made me feel very comfortable from the get go. I also had the luxury of spending a lot of time with Chazz Palminteri (upon whose life the show is based). He told me everything I wanted to know about his dad, Lorenzo.

Speaking of the screen, your career has been quite varied between theater, television, film and radio. What is it about live theater that keeps you coming back to perform on the stage?

There are several things I love about theater. I love telling a story from start to finish. Most of the time when you are filming something, you film out of order. So, you’re not on the same journey as the audience. I also love the instant gratification. If they laugh or cry or cheer or sigh, you know right then.

Are there specific moments in the show that you find most resonate with the audience more than others?

What is it about A Bronx Tale that makes this production stand out from others that you’ve worked on to date?

There so many things that make this production special to me. From the amazing creative team, the incredible story that has been moving people for 30 years, to the incredible cast and crew I get to work with on a nightly basis. But the thing that stands out the most to me is that it’s my first “father” role. As the father of a young boy in real life I really connect with this story and the character of Lorenzo. He was a great man and the kind of father I aspire to be.

A Bronx Tale runs April 23 through May 12 in the Connor Palace at Playhouse Square.