Broadway Buzz: COME FROM AWAY

WOW, another full KeyBank Broadway Seriesnearly complete – time flies when you’re having fun! By now you  know I’m serving as Playhouse Square’s Community Engagement and Education’s blogger for the fourth season in a row. Join me as I to take you behind the scenes to interview a member of the featured show’s cast, crew or creative team for each of the KeyBank Broadway Series performances. The last show in the 2018-19 season is Come From Away. 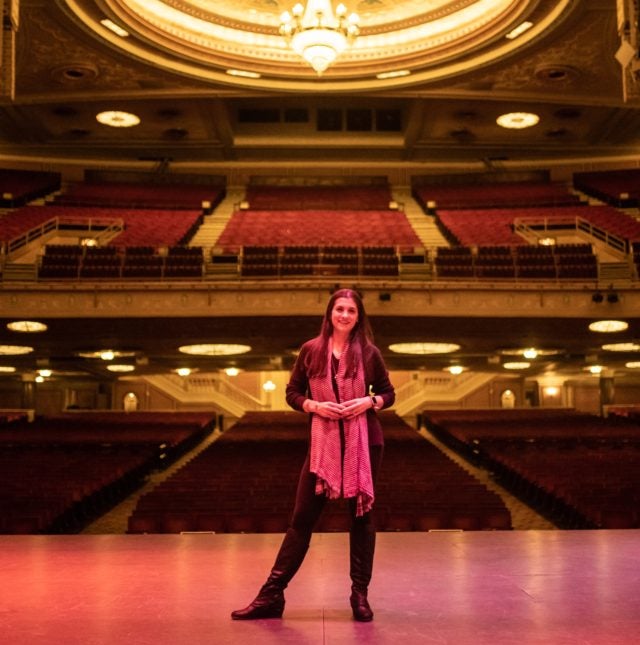 Today on the blog, I’m sharing my Playhouse Square Behind the Curtain interview with Adam Halpin and Megan McGinnis, actors in the show — that happen to be husband and wife touring together along with their son! 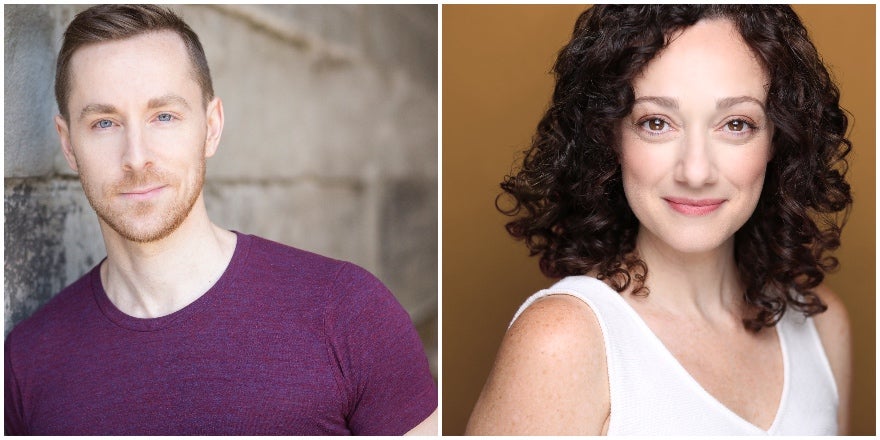 Tell us about yourselves professionally – and personally!

Adam: My mother’s car was bumpin’ all sorts of musicals on cassette tape throughout my youth, but it took this athletic kid until he was a high school sophomore to acknowledge his desire to sing and be on stage!  Although it wasn’t until 2 years through my Finance major (what?!) that I realized I wasn’t listening to my heart. I changed schools and gladly changed majors. Fast forward a few (ahem) years. Megan and I are married, new parents and our first date night after Beckett’s birth was to see Come From Away while it was in previews in NY. Fast forward 1 year later, we’re auditioning for the tour!

Megan: I was a pretty shy kid but loved to sing, so my mom thought I might come out of my shell if I stood on stage in front of thousands of people! I started doing community theatre when I was five and fell in love. My parents carted me around to all the lessons and all the auditions. I grew up in LA but convinced my parents that college in New York was the right fit. I went to Columbia University and majored in English, but did my first two Broadway shows while still in school.

Adam and I first met when he saw me in a concert in 2004. We apparently spoke after the show (that’s correct – I don’t remember!), but didn’t reconnect until 2008 when I saw him in Glory Days on Broadway and we chatted after the show. A couple months later, we found ourselves at an audition together and talked at length while in the waiting room. Many Facebook messages later, we were volunteering for the 2008 Obama campaign together and falling in love. Thanks, Facebook! Thanks, Obama!

Many of my previous interview subjects have commented that the hardest part of touring a show is being away from their families. Your son has joined you on the tour. What’s it like touring with your family?

Megan: It’s true, we are tired all the time! Most parents of toddlers are. We are grateful to all be together, but traveling almost every Monday without a day off has proven to have its challenges. But we have the most incredibly supportive company. They have become our son’s extended family and they all help us through the more challenging moments.

What unique opportunities have you had as a family since you have the opportunity to tour together around the country?

Adam: Every new city feels like a unique opportunity for us – a way to experience North America as a family and through the eyes and energy of our son. It’s a thrill to watch the wonder in eyes, but also we constantly remind ourselves how difficult the constant change must be. I’m continually impressed by his adaptability.

Megan: We have seen so many playgrounds, science centers, aquariums, children’s museums, and zoos! He keeps us adventuring, so while we never sit around and rest, we also never miss out on seeing everything a city has to offer.

Come From Away takes audiences right into the true story of 7,000 stranded passengers and the small town in Newfoundland that welcomed them on September 11, 2001. Can you speak to audiences’ reactions to the production?

Adam: Come From Away is a unique and beautifully emotional production. The response and feedback from the crowds, both during and after the performances has been filled with the perfect mix of joy and tears, adoration and catharsis. It’s eminently fulfilling.

Megan: We just closed a week at the Fox in Atlanta, which seats 4000 people! Our “little show that could” sold out every night, and to hear the audience cheer and to see them in the front row smiling through their tears – I can’t even begin to describe how incredible it feels to be sharing in their emotions.

The circumstances around this musical creates the opportunity for the audience to take away some interesting life lessons. Which message of Come From Away speaks to you the most?

We talk a lot about this with each other, because we feel that the show is changing us as human beings! Come From Away shows you a group of dedicated people can come together and change the world. It shows you that a little bit of kindness can go a long way. It shows you that generosity can be our first and only response to those in need. We hope to take this message with us even after we say goodbye to the tour.

How does Come From Away stand apart from other productions you’ve worked on in your careers?

Adam: It’s storytelling at its finest and it fires on all cylinders. It is deep but unpretentious, earnest but not saccharin. To me it strikes the perfect tone and covers multiple storylines with great efficiency.

Megan: It is the most beautifully crafted ensemble piece that I’ve ever been a part of. The 12 of us on stage share the workload and share every moment with each other. To be able to tell a beautiful story and feel fulfilled as an artist at the same time is really quite rare.

Come From Away runs July 9 – 28 in the Connor Palace at Playhouse Square. Click here for more information.