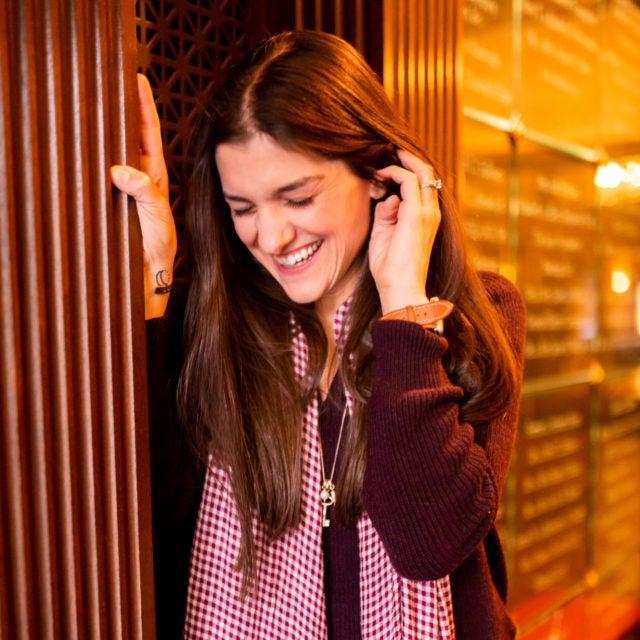 Now nearly a full season into the KeyBank Broadway Series, you now most likely know I’m again serving as Playhouse Square’s Community Engagement and Education’s blogger for the fourth season in a row. Join me as I to take you behind the scenes to interview a member of the featured show’s cast, crew or creative team for each of the KeyBank Broadway Series performances. The next show is one I’ve been very much looking forward to all season long: Dear Evan Hansen. (No relation, ha!)

Today on the blog, I’m sharing my Playhouse Square Behind the Curtain interview with Aaron Lazar, the actor that plays Larry in the show. 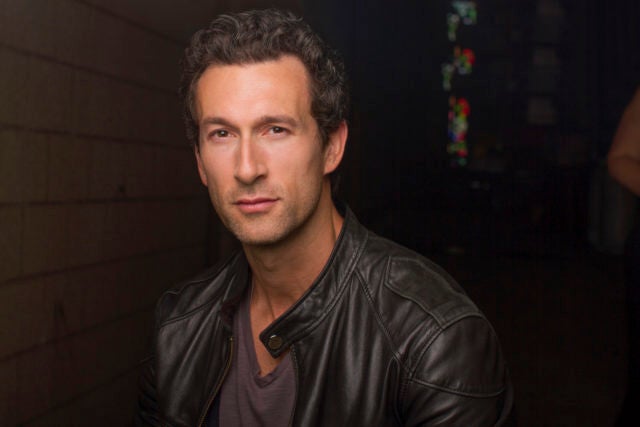 Tell us about yourself. How did you discover performing?

My Uncle was Prince Charming in a community theater production of Snow White and the 7 Dwarfs. They needed a Grumpy. I stepped in, age 9.

How did it bring you to the theater, specifically Dear Evan Hansen?

I really discovered the theater in high school. I played the leads in my high school musicals. Continued performing through college, went to graduate school for musical theater and then moved to New York City. I first heard about Dear Evan Hansen when they were casting for the off-Broadway production. Then a few years later I sent a tape in from LA for future Broadway replacements. 6 months later, they called and offered me Larry on the tour.

You’ve had quite the varied career between acting on the stage and screen. What advice do you have for those interested in exploring both aspects of the art form?

Acting is acting. Preparation is very important. Prepare well and you reduce nerves and fear which get in the way of creativity. So rehearse. In the theater, you get lots of that 6 days a week/8 hours a day. In film/tv, you get little to none, so you prepare on your own.

In Dear Evan Hansen, you play Larry – Connor and Zoe’s “busy and distant” father. What’s one of the things you enjoy about playing this role?

I enjoy Larry’s journey from a man who is closed off to his son, to a man who is open to his son. It’s very powerful to experience all of that in the course of the play. It’s important to me that the audience experience a grieving father who struggles with how to handle his feelings given the long and complicated history with his son. I think that’s very real for a lot of people. We all do our best to manage our feelings in times of trauma. It’s my hope Larry allows folks to grieve, to feel, to open up… even if just for the few hours they’re in the theater. And I hope that Larry’s journey plays a part in inspiring audiences to leave the theater with more empathy and compassion. The world needs more of those. 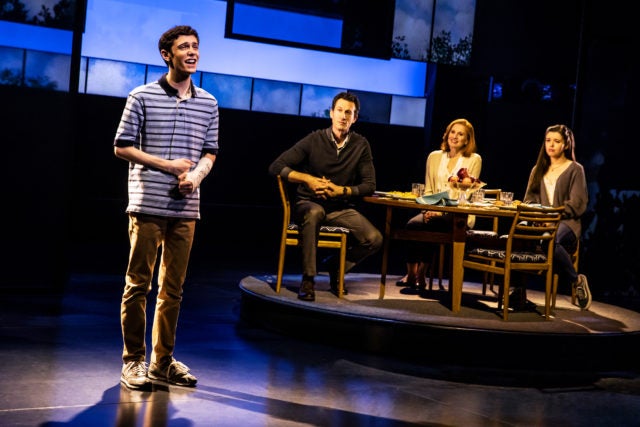 Dear Evan Hansen has been referred to as “the first great American musical about social media” – how do you find this topic and other important ones included in the show resonate with audiences?

Very powerful, very relevant. I’m a parent. Tech influences all of our choices, but for young people who don’t know the world before tech, it’s important to keep them grounded in what’s real. As David Brooks says, ‘we live in the Instagram world where everyone posts their moments of joy. But as much fun as you at brunch with your bloody Mary can appear, it doesn’t actually add up to much.’ Kids don’t know that. We have to guide them.

As you tour Dear Evan Hansen around the country, what tips do you have for surviving the touring lifestyle?

Great question! For me, a kitchen is key. Most hotels don’t have them, so the 1 – 2 week stays are tougher. You try to find Air BnBs with kitchens. Eating out can get tiresome depending on the city, so I like to buy groceries and try to prep meals. There’s also meal delivery services, which can be fun. Our company does everything they can to help us, so we’re lucky!

What makes Dear Evan Hansen stand out from everything else that you worked on?

Brilliant score. Brilliant lyrics. Brilliant orchestrations. Brilliant play. The creative team cares about the show very much. The company of cast, crew, and musicians work hard to maintain the show’s integrity. And we’re sold out – basically every city we are playing. All of those things combined make for a rare experience in the theater.