Bet you already know I’m again serving as Playhouse Square’s Community Engagement and Education’s blogger for the KeyBank Broadway Series for the fourth season running. Join me as I to take you behind the scenes to interview a member of the featured show’s cast, crew or creative team for each of the Broadway Series performances. The second show in the 2018-19 series is Miss Saigon. This musical has been a favorite of mine since the original tour when I was nine years old, so you could only imagine my excitement when they announced the Broadway revival and then tour.

Today on the blog, I’m sharing my Playhouse Square Behind the Curtain interview with Julius Sermonia, the fight captain for the production. He also serves as one of the understudies. 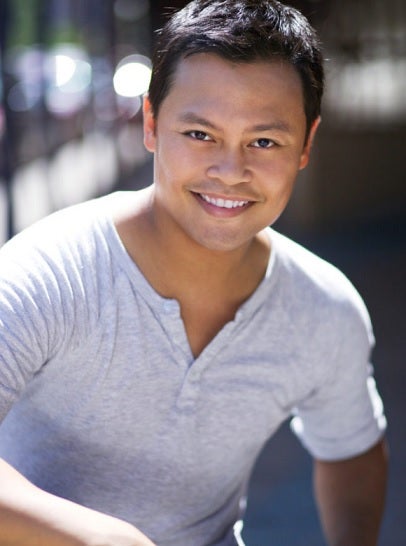 Tell us about yourself. How did you discover performing? How did it bring you to the theater, specifically Miss Saigon?

I started my training at a competitive dance studio in Toronto. After many years learning various forms of dance, I decided to take it professionally and soon was fortunate enough to land a spot on CATS. That’s when I fell in love with the theatre.

Now, Miss Saigon was always being played in my household growing up. (My parents were fans of Lea Salonga, and we saw the show in Toronto when I was 12). So you can imagine how excited I was to audition for the Broadway revival.

Your credits include both Broadway and touring productions, as well seven seasons with Stratford Festival. Now fully immersed in the “tour life”, what is one thing about being out on the road that you love? One thing that touring makes you appreciate about being in a stationary production?

There are many things to love about being on the road: the hotels, local cuisine, sightseeing in the many beautiful cities. But most of all, I love performing this show in the different theatres across the country. Every venue has its own unique flare and history. There’s nothing like it.

You were a part of the Broadway revival production of Miss Saigon. What can you share about being a part of the team that transferred this piece from New York City to all across the United States?

I can only share my perspective, but I can imagine that for those who have been asked to continue this journey from Broadway to the touring company is a special privilege. We know the joy this show brings to an audience and to be able to share that with the rest of the country is an honour. 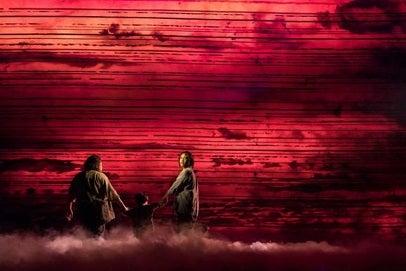 You serve as fight captain for this production. What responsibilities go into that role?

The fight captain makes sure the integrity of the stage combat is maintained and feels safe between the actors performing the sequences in the show. Before every performance, we run “fight call” and rehearse those sequences.

You also serve as an understudy for the role of Thuy. What is something about understudying that an audience member may not know?

One thing that audiences may not know is that understudies may be asked to step in at a moment’s notice – i.e. in the middle of the show. It can be both exciting AND nerve wrecking at the same time!

Are there specific moments and/or songs in the show that are favorites for you?

Absolutely! I personally love performing American Dream while wearing the blue sequined tuxedoes and the beaded platform shoes toward the end of the show. So much fun!

What makes this tour of Miss Saigon stand out from everything else that you worked on over the years?

I’d have to say this cast makes coming to the theatre such a pleasure night after night. To tell this story of Miss Saigon is itself a privilege on its own – but to do it with such a dedicated and talented team of artists like this company make it a dream come true.