Today we’re taking a closer look at two of the most unique puppets on Broadway who also happen to be two fan-favorite characters in Disney’s Frozen!

Although Olaf doesn’t show up until late in the first act, he’s well worth the wait as the puppet often receives some of the shows largest ovations upon his entrance. The challenge for character designers Christopher Oram and Michael Curry was coming up with a way to capture the essence of the beloved snowman while also being able to recreate his emotions on stage.  They devised a puppet in the style of Japanese bunraku- where the performer is in full view of the audience. 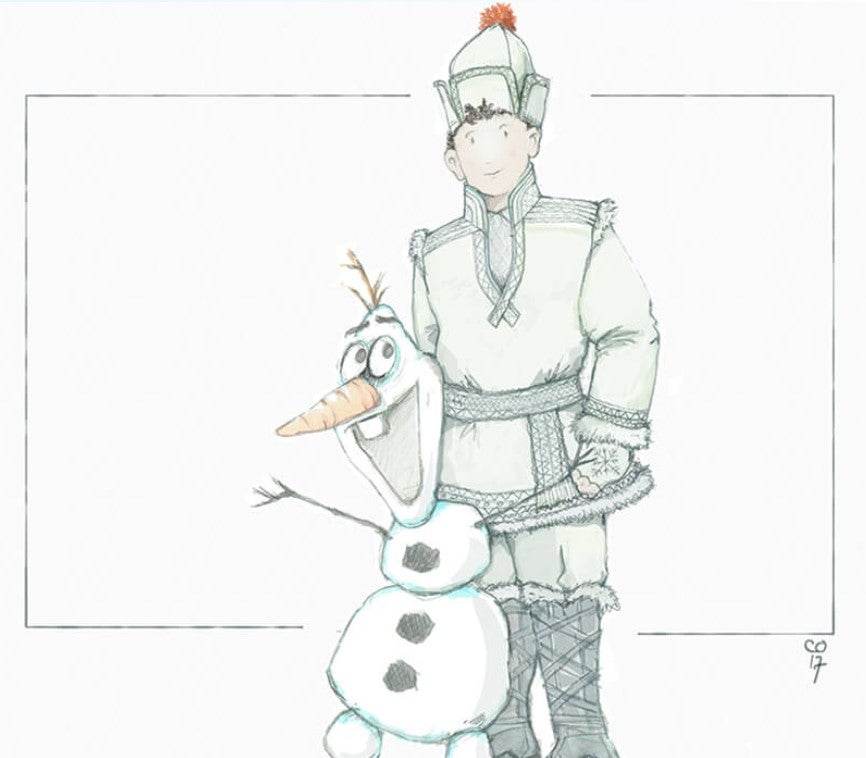 The challenge of bunraku-style puppetry is for the performer to seamlessly blend themselves and the character so their speech, movements and emotions meld into one.  To achieve this, the performer’s mid-section is attached to the puppet by a “j-bar” and their feet are connected by two rods that link their boots to the puppet’s feet.  While performing, the puppeteer simultaneously controls Olaf’s mouth, eyes and arms through a series of triggers and mechanisms designed to give our favorite snowman his life-like personality.

Fun fact: The puppet’s hands are even rigged with magnets to allow Olaf to pick up items during the show!

Standing at five feet tall, the Olaf puppet is made from light-weight materials that easily allow the performer to become one with their character; a stark contrast from the rigorous process in takes to become Sven.

Speaking of Sven, check out this behind-the-scenes video that features original Broadway cast member Andrew Pirozzi as he goes through his nightly preparation for the role:

Unlike Olaf, where the puppeteer is in full view of the audience, the actor who plays Sven is completely hidden; giving the illusion that there is a real-life reindeer on stage. However, there is indeed a person inside the costume and achieving the realistic movements of a reindeer takes intense preparation both physically and mentally.

In fact, designer Michael Curry worked with an animal behavior consultant and studied animal migration videos to make sure Sven’s movements are 100% authentic. Since Sven has no speaking lines it’s even more important to convey emotion through precise movements and gestures. From inside the costume, the performer can manipulate Sven’s eyes and ears through a series of controls.

As demonstrated in the video, the physical preparation is just as important as Pirozzi goes through an intense calisthenics regimen prior to each performance. When put together, the costume is eight and half feet long and weighs about 14 pounds.

Below are some close-up photos of the finished product showcasing some of the intricacies that you may not see from an audience perspective, such as the grass debris on Sven’s antlers, the meticulous detailing in his eyes and mouth, or the carvings in his hooves which resemble Scandinavian design patterns: 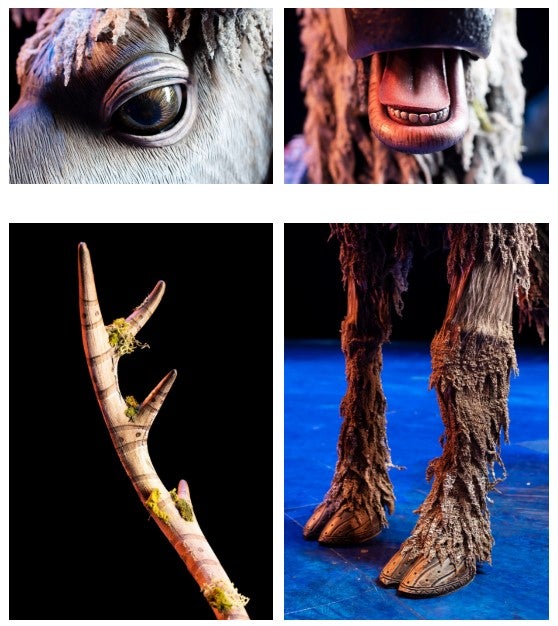