Getting to Know The Schuyler Sisters

THE REAL SCHUYLER SISTERS OF THE HUDSON
If you’ve seen Hamilton or listened to the soundtrack, you’re familiar with the three eldest daughters of Judge Philip Schuyler (Angelica, Eliza… and Peggy). However, there’s a little more to this family than initially presented. Here, we’ll take a closer look at the lives of ALL the Schuyler sisters.

ANGELICA SCHUYLER CHURCH (1756-1814)
As depicted in the show, Angelica Schuyler was very much a socialite involved in the most prestigious social circles of Europe and the United States. At the age of 21 she eloped with British-born businessman John Barker Church who, although accumulating wealth as a supplier for the Continental Army during the American Revolution, would not receive a marriage blessing from Judge Schuyler due to his poor reputation.

They moved to Paris where Angelica befriended many of the top leaders of the time, including Thomas Jefferson, Marquis de Lafayette, Ben Franklin and the future King George IV. Fun fact: there’s a cut line from “Cabinet Battle #2” in which Jefferson brings up his friendship with Angelica to prod Hamilton’s jealously.

While there is evidence to support the palpable attraction between Alexander and Angelica portrayed in the show, there is no indication of any physical relationship between the two. In a letter she wrote to her sister, Angelica even joked about lending Alexander to her for a while, which is referenced in “Helpless” with the line “If you really loved me you would share him.” 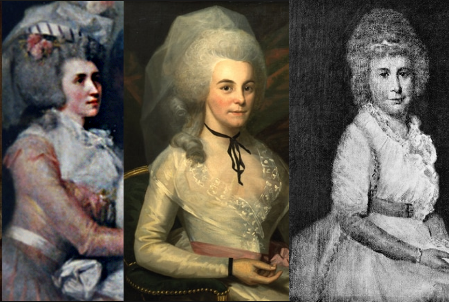 ELIZABETH SCHUYLER HAMILTON (1757-1854)
Much like her older sister, Eliza also took an active role in hosting renowned leaders of the time. However, her contributions extended far beyond wine and cheese parties. While Alexander was writing like he was “running out of time” working on the Federalist papers, Eliza served as a liaison between him and his publisher, copying sections to defend the formation of a centralized bank. In fact, it was later discovered that many of Alexander’s political writings were in Eliza’s handwriting; also assisting him in the creation of George Washington’s farewell address. After Alexander’s death she was the sole driving force in preserving her husband’s legacy and defending him from his political detractors.

Additionally, not only did she create the Orphan Asylum Society, but served as “First Directress” for 27 years. Through her leadership and fund raising efforts, it’s estimated she was responsible for the care and education of over 700 children during that time.  The society still exists today in the form of Graham Windham, a children’s social service agency.

AND MARGARITA/MARGARET “PEGGY” SCHUYLER VAN RENSSELAER (1758-1801)
At the age of 25, Peggy married a distant cousin, Stephen Van Rensselaer III, who was 19 at the time in an effort to boost his political career. Like Angelica, Peggy also frequently corresponded with Alexander, but the nature of their relationship appeared to be much more platonic.

According to folklore, Peggy was able to save her household and pregnant sisters during the American Revolution when their home was raided by a mob of loyalists and British soldiers looking to capture her father. While the raid was a very real threat, the legend that it was Peggy who weaved an elaborate rouse to force a retreat is unlikely. This legend grew from a tomahawk gash left in the back hall bannister that still exists to this day. 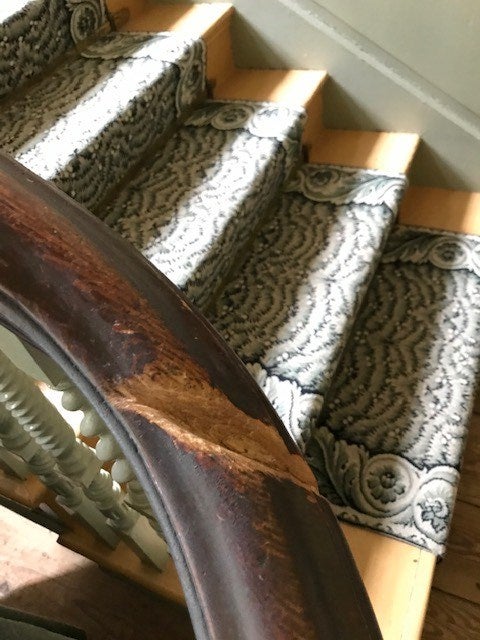 CORNELIA SCHUYLER MORTON (1776-1808)
Like Angelica, Cornelia was also forced to elope due to her father denying his blessing to the man she ended up running away with, George Washington Morton, a young lawyer from a prominent family in New Jersey. Legend has it, Cornelia jumped out of a second-floor bedroom window taking with her only the clothes on her back to be with him. The two produced five children, although Cornelia ended up having the shortest lifespan of all the sisters, passing away at age 32.

CATHARINE SCHUYLER MALCOLM COCHRANE (1781-857)
Catherine shares a birthday with her oldest sister, albeit 25 years apart. She grew up as the “baby” of the clan and received special attention from their aging father. Catherine married twice, first, Samuel Bayard Malcolm, who came from a prominent family of merchants and was an ardent supporter of Hamilton’s Federalist Party. After his death, she married her cousin, James Cochran and lived into her late seventies. 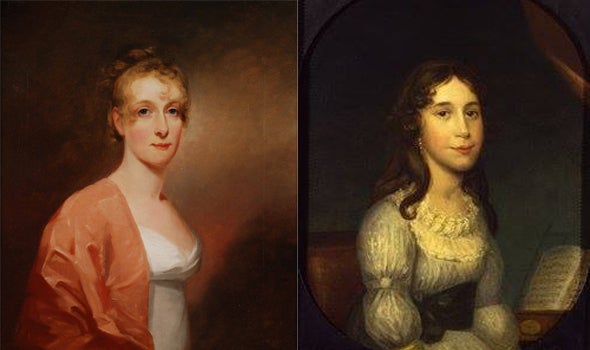 BUT WAIT…THERE’S MORE!
Catherine Van Rensselaer Schuyler, the family’s matriarch, gave birth to a total of 15 children, although only eight survived childbirth. This is one of the few historical facts completely altered for the sake of the show. In “Satisfied” when Angelica sings, “My father has no sons so I’m the one who has to social climb for one” isn’t true as she actually had three brothers, John, Philip and Rensselaer.