Les Misérables re-launches its National Tour at Playhouse Square this fall kicking off the 2022-2023 KeyBank Broadway Series. Our friends at TheaterMania spoke with the show's director Laurence Connor about re-staging the iconic musical, the unlikely inspiration behind Javert's suicide and why, after 35 years, this blockbuster still speaks to audiences. 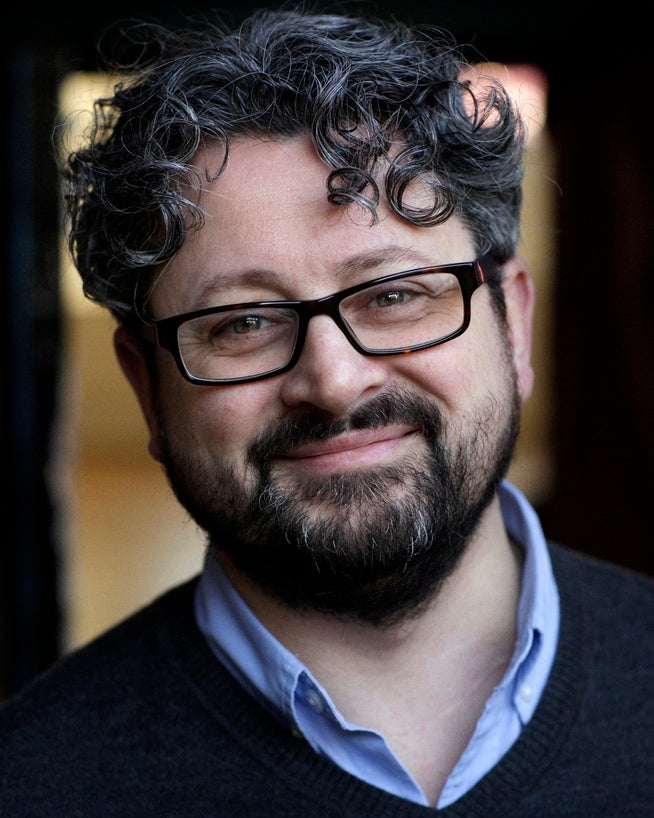 What is the process when it comes to a tour like this? How much are you involved and how much is in the hands of associates?

With a brand-new cast, we try to be around at the very beginning to set the overall narrative style, so the actors are hearing about it the way we saw it, or so we can try some new ideas. With every cast we've ever worked with, we've never done the same production. It's not a cookie-cutter kind of show. It's led by the actors and their performance styles. So, whenever we have the opportunity, we try to pop in and do some work with everybody. This tour starts rehearsals at the beginning of September, and I'm only with it for a little while, but between myself and James Powell, we're going to have a chance to spend a bit of time on it together. 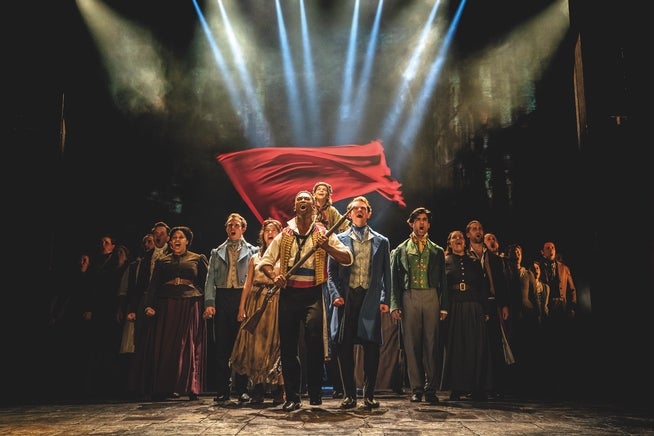 Can you tell me about the creation of this production, which was originally the 25th anniversary UK tour?

I hadn't really clocked that it was going to be a big 25th-anniversary production. When I was approached, it was just to look at the show with fresh eyes. I had worked with Cameron Mackintosh to create a new version of Miss Saigon, which wasn't playing anywhere at that time. But Les Miz was very much still playing in the West End. When we asked him why he wanted to do it, his reason was that when they first did the show, they never really imagine it would ever last five years, let alone 25 years. With every show he's ever done, he's had the opportunity to revisit a title, but he didn't think Les Miz would ever afford him the opportunity.

The idea was that we would create this tour, which would tour around the U.K., and the London production would stay where it is. And that was all it was ever going to be. Because the show was on the road, there was this very odd sense of, "What are they doing with our beloved piece?" But Cameron fell in love with it, and it was very clear that the audience loved it. Once we had done that, it became an international conversation. It went everywhere. And as I said, we never really thought about what the future would be, so 11 years later, for it to be still as loved and successful as it is, is pretty wonderful.

Was it intimidating to revamp a show as beloved as Les Miz?

I think James and I were tentative because we both loved the piece, and we cut our teeth on the show by being actors in it before we started directing, and we knew how loved it was. But once we stopped thinking about the original production and started thinking about it like it was any other show, it was actually a joy to come up with new ideas that were purely born out of and led by the story that Victor Hugo originally wrote.

The original production was created by the Royal Shakespeare Company in the 1980s, and it came after their Nicholas Nickelby, which was ensemble-led and physical. In Les Miz, originally, the feel of it was very much theater created by the people. The set was minimalistic. The people were the thing that led it. It was our set designer, Matt Kinley, who brought my attention to Victor Hugo's art, which I wasn't aware of. I was quite taken by his style, and when we started looking at it, we started to see the world through Victor Hugo's eyes.

It became obvious that we didn't need the turntable, and it freed us up to be able to look at the story. We spent a lot of time looking at the prologue and all the elements of storytelling we could use — we started it on a ship, with the heaviness of chains and this really suppressed environment that Valjean could become free of. Once we figured that out, it invited us to look at the whole piece, to recreate what the ABC Café might look like, so that you really feel like you're in an underground basement that's illegal, as opposed to a café where everyone can go into. Little things like that made us really open our eyes to how we can tell the story and what elements we might want to use to make that happen.

I think mostly about the Javert's Suicide sequence and just how unexpected I found it to be, given what the original looked like.

There were certain things like that, these key moments in the original production. For example, you see Gavroche climb over the barricade, and then it would revolve, and he'd be on the other side, and then it would revolve again, and he'd be lying dead over the flag. We didn't do any of that because we wanted you to see what everyone was seeing, and the horror of it is played by the adult actors, instead of a boy pretending to be scared. You get the sense of how they would feel about the young boy going into that danger field. You see the whole journey, which is so much more powerful.

But what that doesn't give you is those big epic moments. We looked at the suicide to do something very theatrical that would take people off guard. I remember talking to Matt and saying that it would be great if, when he's about to step off the bridge, we switch perspective, so it looks like he's falling into the water backward. I used the imagery of ''Die Hard'', where he's falling off the building and going in slow motion towards the ground. We needed to find a clean way of doing it because you can't do anything to distract from it. If we do one trick, nobody will be listening to the words. Earl Carpenter, who was the original Javert in this production, went off and worked it out with the technical people in an hour-and-a-half and it was extraordinary. 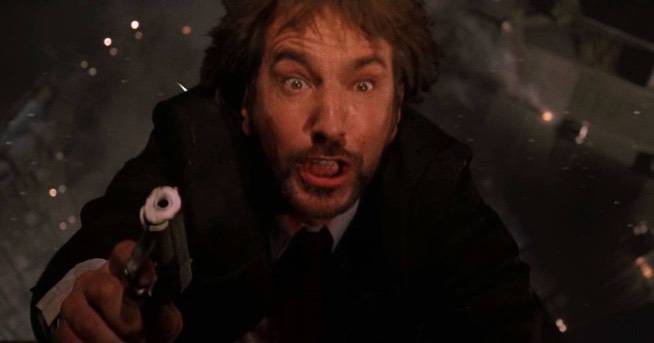 Why do you think people come back to this show? It's a 36-year-old musical, 10-year-old production. Why is there such longevity?

It all comes down to Victor Hugo's book, which has been read and translated into every language and speaks enormously to the resilience of the human spirit, and the redemptive nature we all crave when we feel that we've failed.

The interesting thing I find about Les Miz is that no matter where we are in our period of history, we're not a million miles away from the themes. Les Miz concerns the Napoleonic wars, and Victor Hugo is talking about these campaigns that put the country on its financial knees because the men never came back, which had a huge effect on the economic situation of the country, and created the poor and the wretched. We're looking at a world that has just come out of Covid, and the last two years have hugely affected our economic situation. We're seeing people at food banks. The cost of fuel is through the roof. We see how easy it is to fall from graces. And yet, the redemptive nature of forgiveness, to be able to step up and do what's right, still exists. We see these themes through every one of our characters. We recognize Fantine, who is a single mother struggling to put food into a child's mouth.

That, and Claude-Michel and Alain have created some of the most anthemic music, with an emotional heartbeat, and an extraordinary book. It's the perfect cocktail of an amazing musical that even now, 36 years later, emotionally speaks to you. It fills something inside your body. Even a lyric like "I had a dream my life could be so different from this hell I'm living." At some point in our lives, we've all felt that. And that's why this show will always speak to us in the way that it does.

Tickets for Les Misérables are available now with the purchase of season tickets. Individual tickets will go on sale July 18.