A Q + A with Jordan Matthew Brown

Tell us a little about yourself and your Cleveland roots? (and If/how the theater/performing was a part of your upbringing)

I grew up in the suburbs of Cleveland. My parents both grew up there, too. And Grandparents. Clevelander’s born and raised! I knew I wanted to perform very early. There’s a great video of me getting ready for my first day of 1st grade waiting for the bus and my dad asks what I want to be when I grow up and one of the things I said was “I want to do plays.” So even before knowing the word for “actor” I knew that theatre was something I wanted to do. I put on plays in my basement constantly, forcing my younger sister (and any neighbors and friends I could find) to be in them. My family was so supportive, which I was and am so lucky for. I think my incredible mom has seen The Book of Mormon more times than anyone out there! She’s seen it across America, Canada, Broadway! I did Stagecrafters Youth Theatre for many years growing up and then JCC Playmakers, FPAC, Heights Youth Theatre. Sheri Gross at Playmakers became a major mentor and friend for me; she still is. Eventually I did some more professional shows in Cleveland and had the amazing Chagrin Falls Performing Arts Academy as a true theatrical safe haven in high school. Tom Fulton and Mitchell Fields definitely shaped my high school theatrical experience. 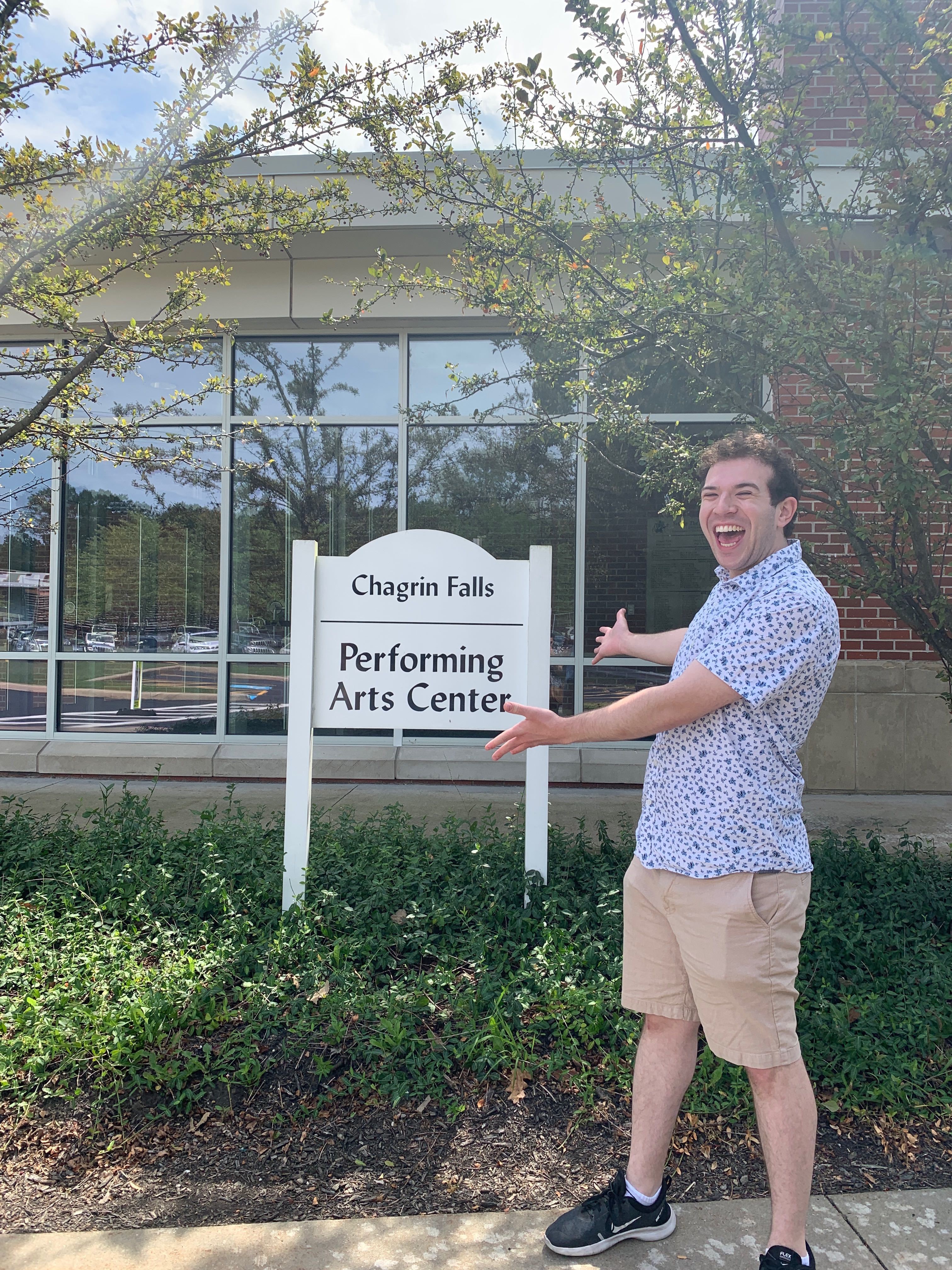 Growing up I wanted to see shows constantly! My grandparents took me to see musicals and plays from a very young age at Playhouse Square, The Cleveland Playhouse, The Beck, GLTF. They really helped shape my theatrical upbringing. To get to be back at Playhouse Square and perform at the theatre where I watched so many shows growing up is an unbelievably surreal experience! I think the first professional production I saw was the National Tour of Beauty and the Beast at Playhouse Square when I was 4 or 5. It was the first place that I saw The Book of Mormon! 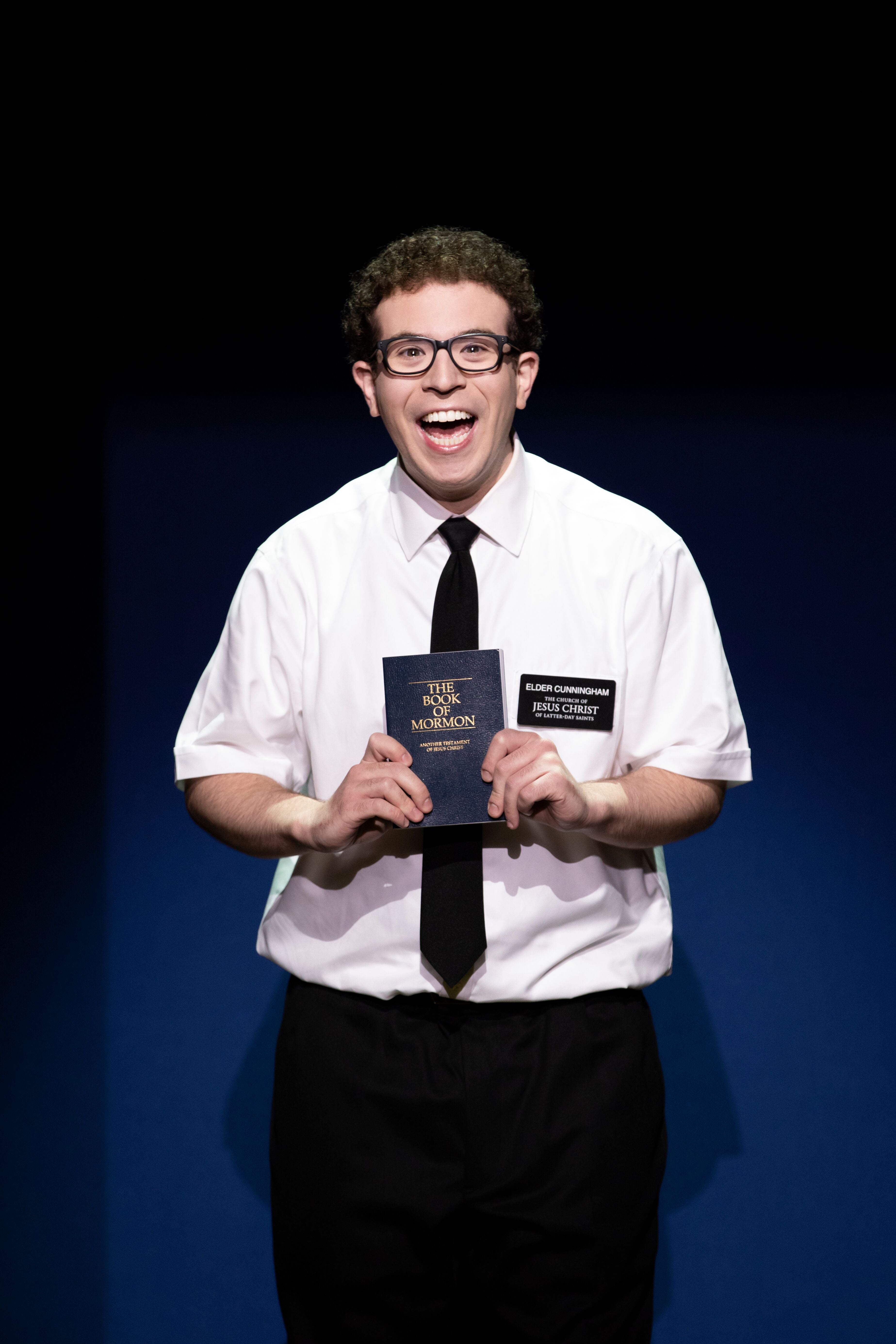 Jordan in The Book of Mormon. Photo: Julieta Cervantes 2019

Have you found a city that feels similar to Cleveland on the road?

It may just feel this way because it’s my hometown, but I don’t think so. There are A LOT of amazing cities I have gotten to see, but I haven’t really thought that any of the others have reminded me of Cleveland.

What’s your favorite thing about traveling the country?

I love getting to explore the different cities that otherwise I may not have seen. Eating at different local restaurants, trying to figure out the best things to see or do from the locals in the area, going to a cool museum. I love when I’m surprised by a city.

What are some of your favorite Cleveland spots that you cannot wait to visit?

Oh too many to list. I love good food and I feel like I have been raving to the cast about my favorite hometown restaurants for a while now. Corky and Lenny’s is a MUST for me, always. I truly think it is one of the best deli’s in America. Geraci’s has my favorite pizza. I constantly crave a Mitchell’s Ice Cream brownie sundae. Everything on East 4th Street. Yours Truly. Hunan. Taza. Johnny Mango’s. Coventry! Tremont/Ohio City! I could go on and on. 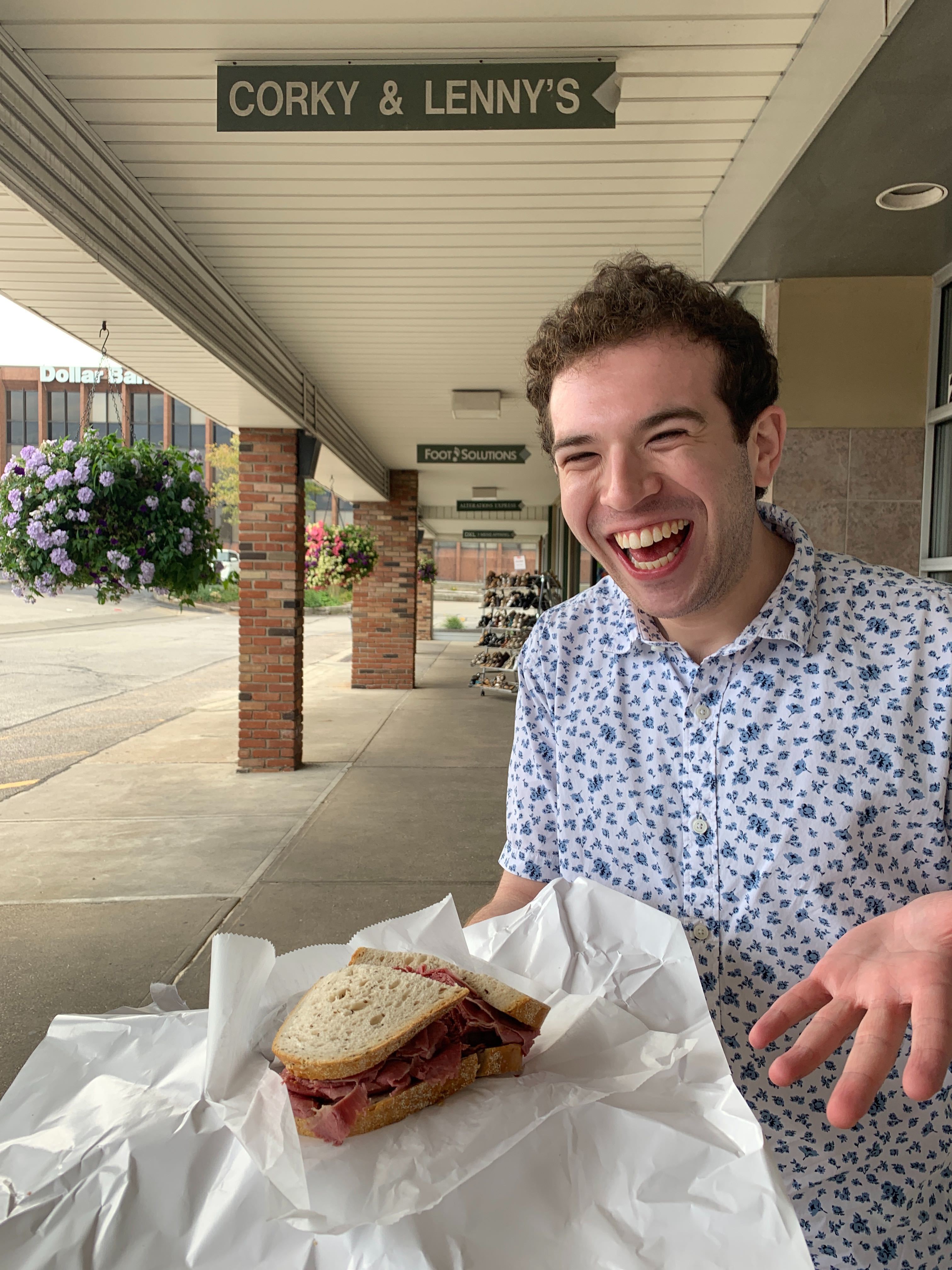 Jordan at Corky and Lenny's

Why should Cleveland come see The Book of Mormon?

This show is so layered and I think it’s a show that you can see where you can always find something new. Even if you’ve seen the show 3 times, there are jokes or references you may have missed, and I think each cast brings a different energy to the story. For anyone who hasn’t seen the show before, it is just so much fun. The creators of “South Park” writing a musical means it’s definitely going to push the envelope in such a smart way! Not only is it truly laugh out loud funny, but it also has an enormous heart. It is raunchy, explicit, hilarious, and really so beautiful. It’s a story of friendship, which I think anyone can appreciate. It also pays homage to the style of classic musicals. And, of course, if you saw my thrilling 6th grade performance as Gaston at Stagecrafters, I’m sure you’ve been anxiously awaiting more. 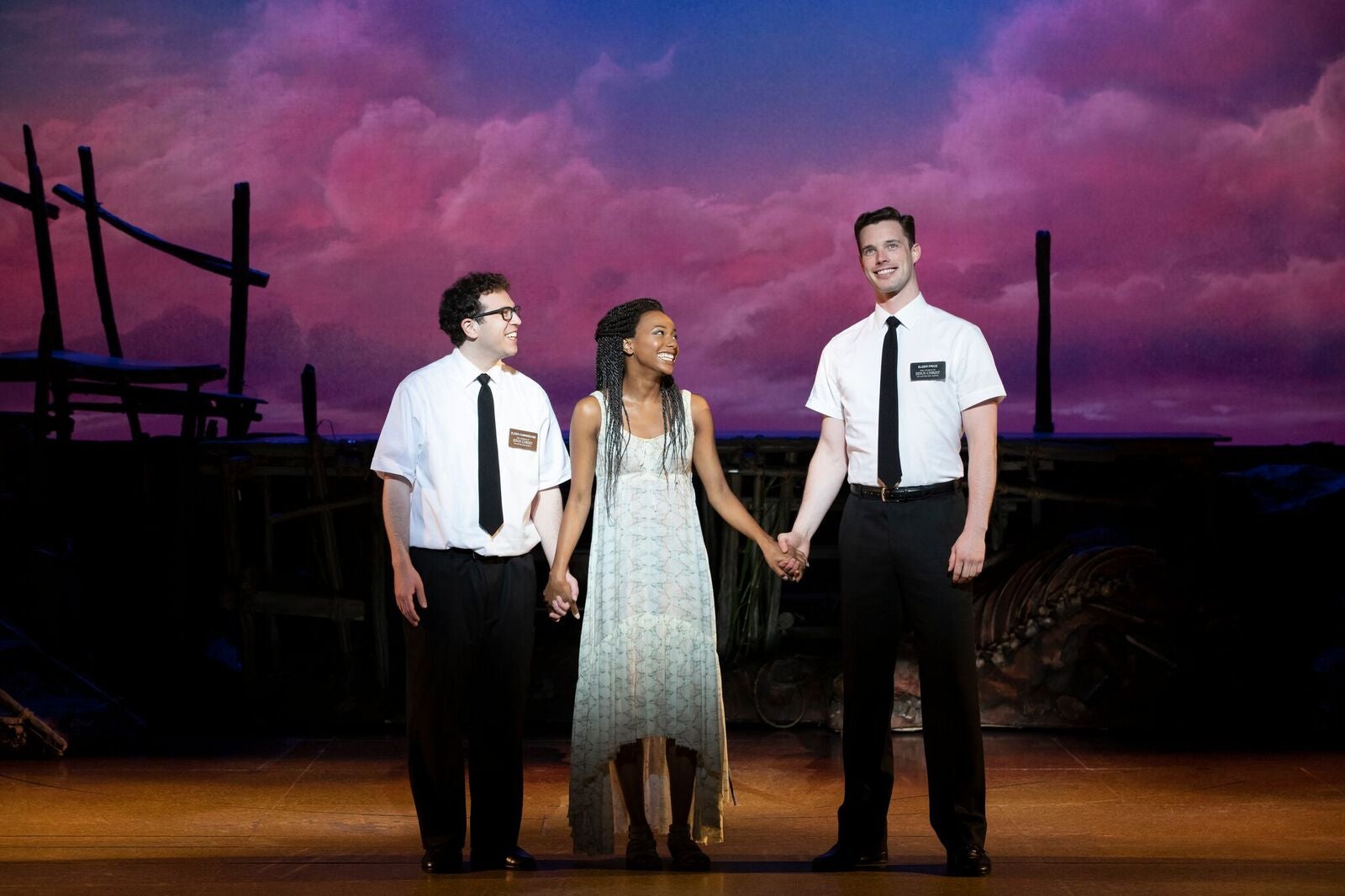 The Book of Mormon runs from September 6 - 15 in the Connor Palace.