From Hollywood blockbusters to kitschy cult classics, indie originals to big screen biopics; the movie musical is a staple of modern film and with reboots the hot ticket for 2021 and a musical renaissance in movie-town of late, there’s no doubt we’re in store for more showtunes and dance breaks splashed across our silver screen in the years to come.

So with the holiday season upon us, there is no time like the present to bone up on your Broadway from the comfort of your couch. Today we are walking you through our pick of the best movie musicals (in our opinion) for your holiday viewing. Cue the overture! 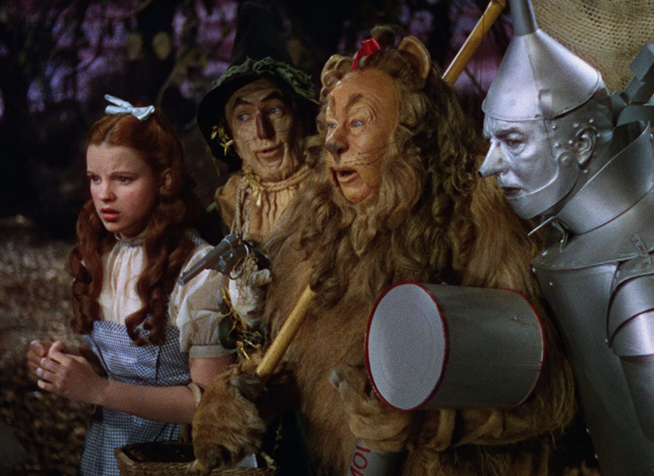 From the Golden Age of Hollywood and the queen of movie musicals, Miss Judy Garland, The Wizard of Oz remains top on our holiday hitlist of must-see musicals to sing you through the season. Who doesn’t love this family favorite feature that taught us that unforgettable life lesson - "there’s no place like home." 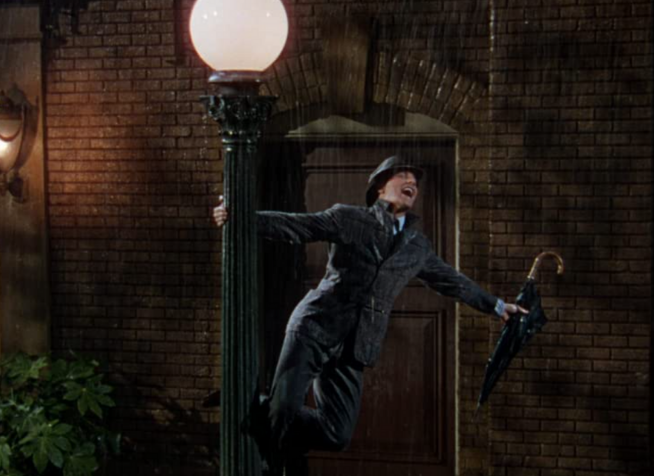 This 1952 musical rom-com features the talents of legendery song and dance man Gene Kelly and America’s sweet heart Debbie Reynolds. With an iconic tap number for the ages, this movie musical gave us the irresistibly catchy showtune wakeup call in "Good Morning." 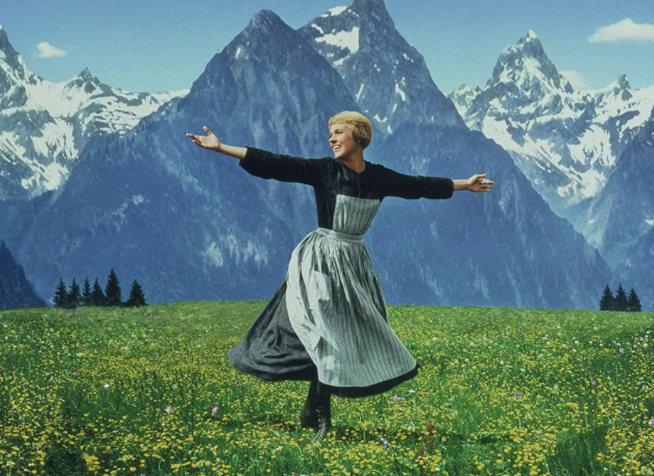 Whoopi may have given us showtunes in church with the beloved '90s Sister Act franchise, but for us the original singing nun will forever be Frauline Maria. The Sound of Music is adored by generation after generation, thanks to Julie Andrews effortlessly angelic vocal stylings and her loveable characterization of Maria as she mothers the motherless children, melts the heart of a stony Captain Von Trapp, and outwits the music-less Nazis through a family sing-along. We love you Maria! 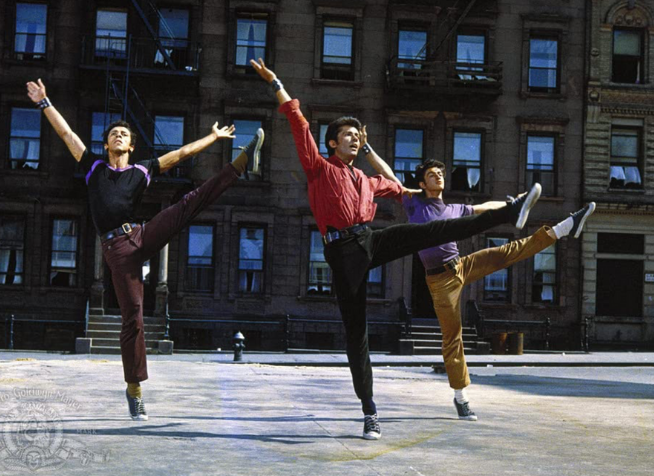 The Spielberg reboot may have been the buzz of 2021, but you can't forget the original! With a star-making performance by Rita Moreno, 10 Academy Awards to its name and the ultimate dance/fight choreo you could ever dream of, West Side Story will forever top the charts of the must-see movie musicals. 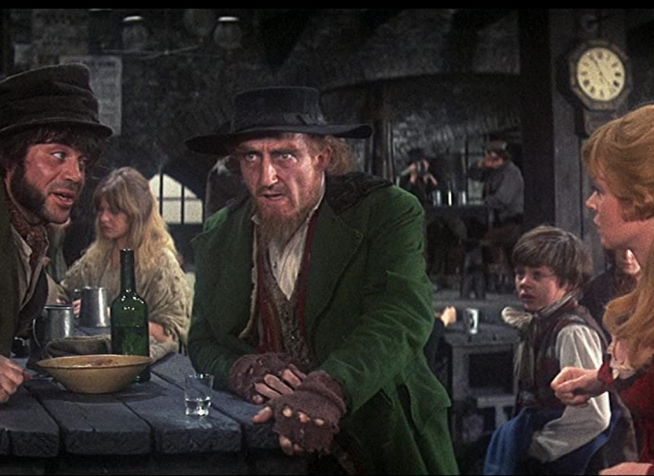 From Annie to Aladdin, Anastasia to Cosette – you can’t deny the singing orphan is a popular motif of the movie musical, but who can forget our original parentless pick-pocket Oliver Twist. The 1968 film holds a special place in our hearts with an endearing performance by Shani Wallis in the role of Nancy, a brooding Oliver Reed as Bill Sikes and Ron Moody in possibly the greatest screen portrayal of the devilishly deliquent piped piper Fagin. 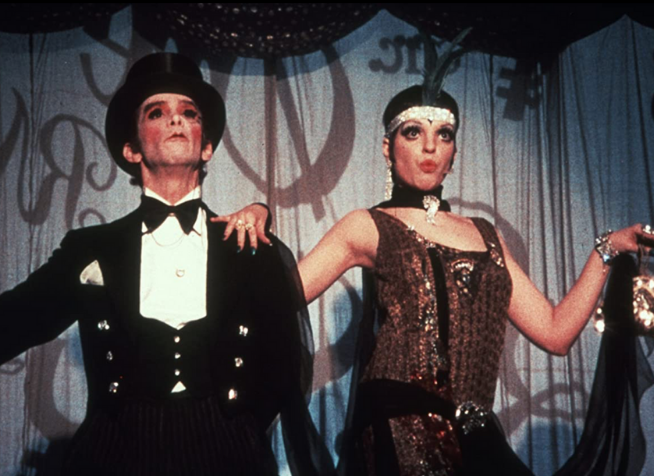 The slinky 70’s showcased Fosse’s directorial talents perfectly in the ‘72 movie musical Cabaret! A fabulously flamboyant Emcee, the boisterous burlesque of the Kit Kat Club, a loveable English man and the iconic Sally Bowles, all set against the foreboding rise of the Nazi party in 1930’s Berlin, gives us heartbreaking tale of showtunes and anti-semitism. Liza Minnelli and Joel Grey lead the way as veritable musical tour de force here, singing and dancing their way to Academy Awards in recognition of their outstanding performances. 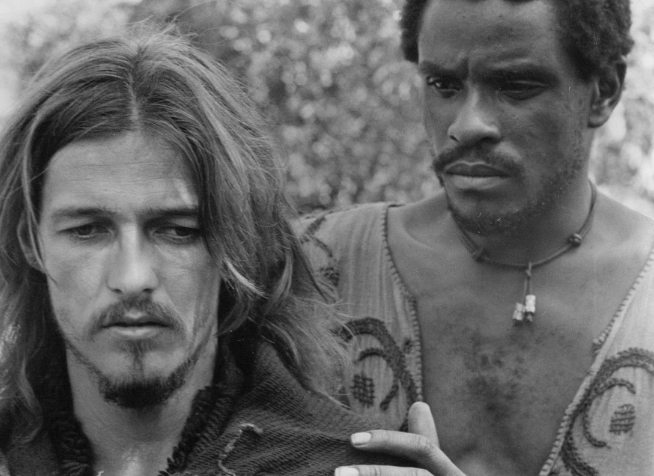 Two words – Ted Neeley. Though there have been several critically acclaimed screen and stage adaptations of JCS –  we absolutely adore Neeley’s steely eyed, Bee-Gees-esque Jesus of Nazereth, as he showcases his unbelievably wide vocal range in the likes of "Gethsemane". Though the film faced mixed reviews from critics at the time of its release, we can’t help but love this '70s screen adaption of Andrew Lloyd Webber’s electriying rock opera. 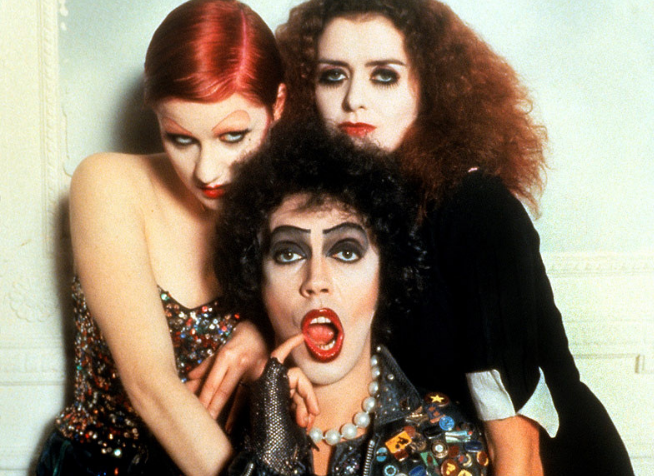 Possibly one of the most fabulously weird movie musicals on the list, The Rocky Horror Picture Show is without a doubt a fan favorite. Though critically panned on its release the film has gone on to garner cult classic status. Still in limited release 46 years after its premiere, Richard O’Brien’s beloved camp horror creation can boast the longest running theatrical release in film history! 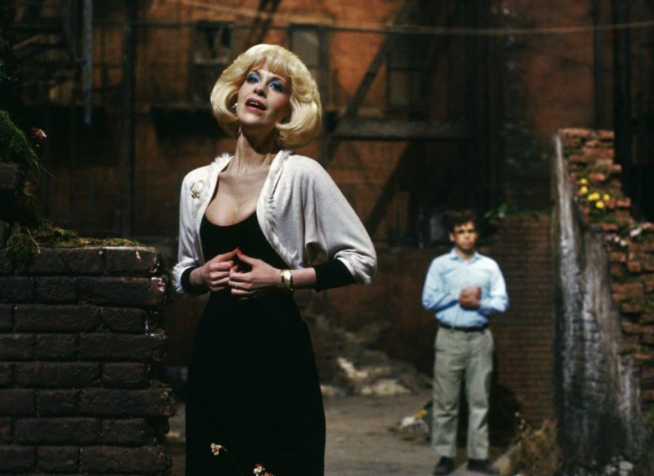 In a similar vein, our pick of movie musical from the '80s has to be the quirky comedy horror from Frank Oz The Little Shop of Horrors. This brilliantly bizarre tale of a man-eating plant has delighted audiences for decades and we can’t help but adore the stellar cast of the ‘86 screen adaption with Rick Moranis, Steve Martin and the one and only Ellen Greene, who’s uniquely squeeky speaking voice is so fantasically paired with her deep and soulful alto belt. 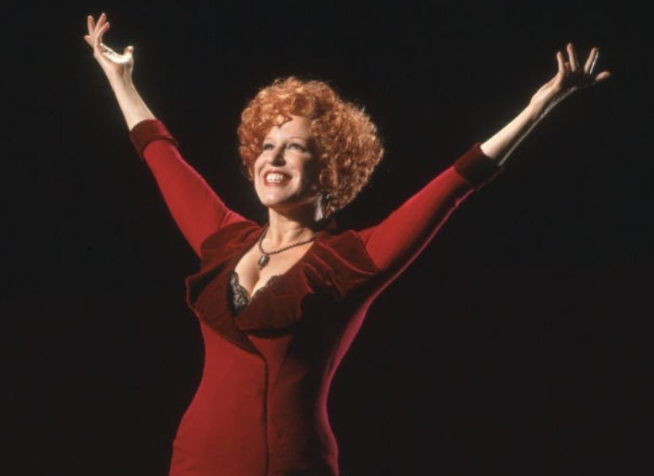 In the '90s, Disney dominated the movie musical with the golden age of animation, as The Lion King, Aladdin, Pochantas and more pulled in the big box office dollars. For our selection, however, we look to the late great Sondheim and the made-for-tv musical GYPSY starring the bold and belting songstress herself, Bette Midler. The ‘93 movie wonderfully showcases Midler’s acting and singing chops as she portrays the complex character of Rose - the first "showbiz mom" that would even give momager Kris Jenner a run for her money! 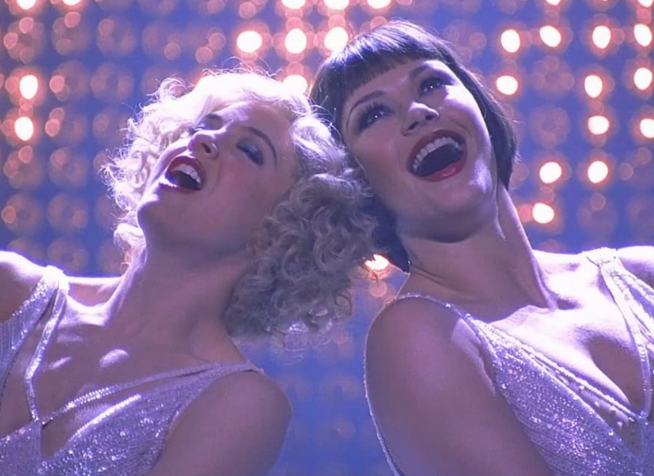 The turn of the millenium brought us bona fide musical blockbusters once again, as Chicago kicked off a run of big budget song and dance showings on the silver screen, and in this case dazzlingly delivered by A-list actors  Renée Zellweger, Catherine Zeta-Jones and Richard Gere. 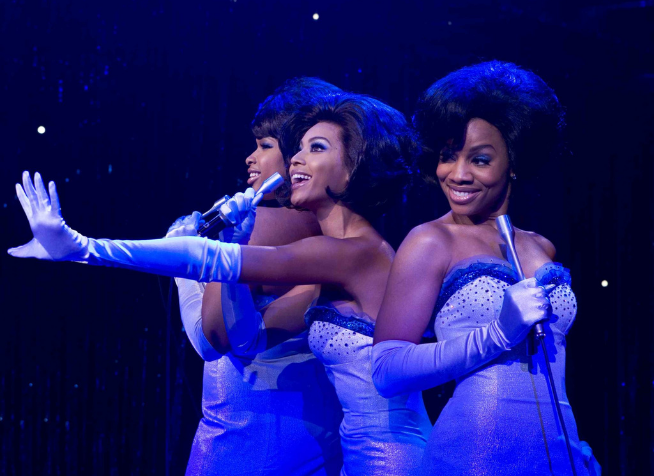 With the undeniable success of Chicago, Hollywood was hot for the movie musical once more, so much so even music’s chart-toppers were taking their turn at the genre. 2006 gave us the movie adaption of Dreamgirls with an Oscar winning performance by Jennifer Hudson and an Oscar snubbed supporting performance by Beyoncé. We want retribution for Bey! 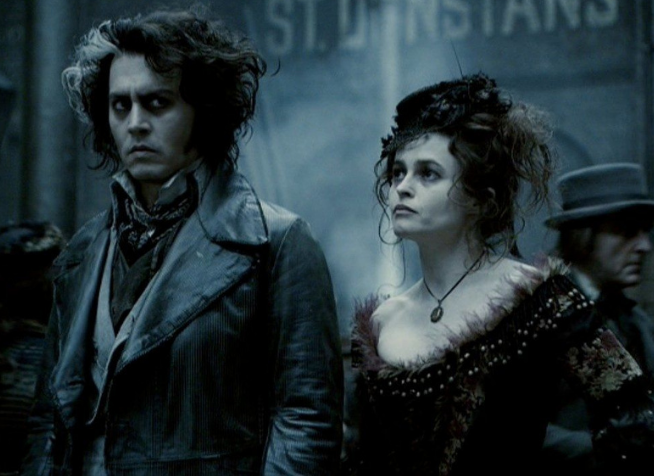 We can’t complete our movie musical run-down without another nod to the brilliant Mr. Sondheim, and we can think of no better addition to our list than the deliciously dark musical slasher from Tim Burton - Sweeney Todd. The 2007 film does justice to the genius of the original stage version with a devilishly dynamic duo leading the charge in Johnny Depp and Helena Bonham Carter as Sweeney and Mrs. Lovett. 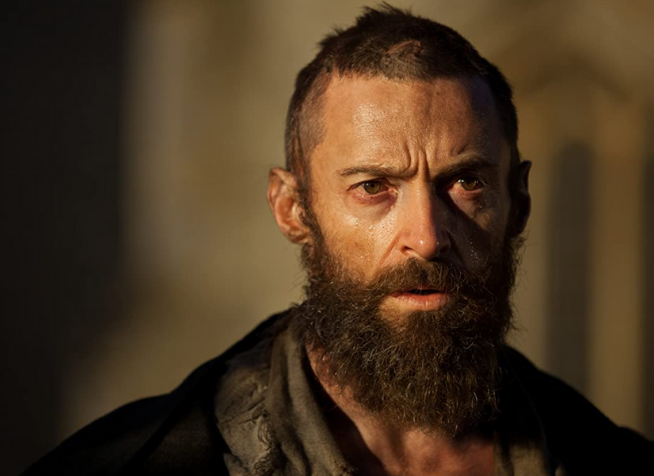 Though there have been many musical moments on screen in the last two decades, few have garnished as much attention as the 2012 big screen adaption of Les Misérables. A beloved, long-running stage show with millions of fans worldwide, it was no surprise this movie musical would attract a lot of buzz – but it’s safe to say the 2012 take on this iconic show did not disappoint with star-studded performances by Hugh Jackman, Anne Hathaway and a much-appreciated cameo by Les Mis original Colm Wilkinson. 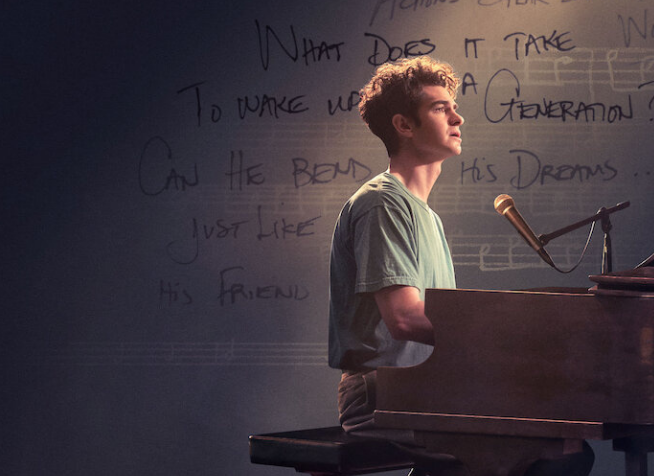 Ten years on...one thing's for sure, there have been plenty of hits and plenty of misses in terms of the movie musical – but we love them all! So to round off our list today we are giving it up to the most recent take on the genre, Lin Manuel Miranda’s 2021 film Tick, Tick...Boom!,  a beautiful big-screen retelling of Jonathan Larson’s semi-autobiographical stage play or as many are referring to it ..."a love-letter to musical theater."