The Battle of Yorktown

YORKTOWN
Today marks the 239th anniversary of the Siege of Yorktown, the last major battle of the American Revolution. Join us in examining the historical significance of the lyrics featured in “Yorktown.”

This line refers to the battle tactic used by Alexander Hamilton while attacking British redoubts (a series of fort outposts used to house soldiers). During a surprise attack under the cover of night, Hamilton ordered his battalion to unload their weapons to ensure no unnecessary sounds would expose their position. Using only their bayonets, Hamilton’s troops were able to seize control within 10 minutes and sustained minimal American casualties.

Unlike the lyric, John Laurens played a key role in the Battle of Yorktown. Under the command of Alexander Hamilton, he led one of the battalions during the storming of British redoubts. Laurens was one of the last casualties of the American Revolution, being shot at the Battle of Combahee River in 1782. The war was technically over at the time of his death, and the British would withdraw their remaining troops from Charlestown a few weeks later. He was one of the first American abolitionists and his death may have stunted America’s emancipation movement.

CHESAPEAKE BAY
“When we finally drive the British away,”
“Lafayette is there waiting in Chesapeake Bay!”

Under Marquis de  Lafayette’s command, Rear admiral Francois Joseph Paul and his fleet of French naval ships were able to defeat the British at the Battle of Chesapeake. Having taken control of the waterways and blockading the coastline, British troops were unable to retreat to sea from the Siege of Yorktown. 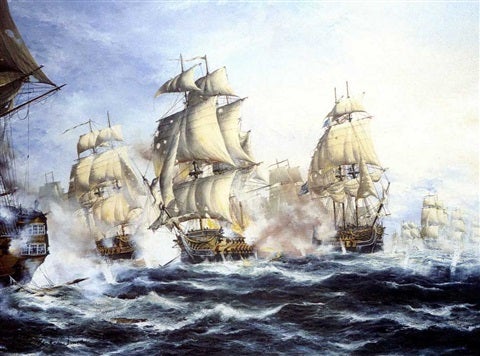 The Battle of Chesapeake Bay September 5, 1781.

WHEN YOU KNOCK ME DOWN I.. (WELL, YOU KNOW THE REST)
“A tailor spyin’ on the British government!”
“I take their measurements, information, then I smuggle it!”
“To my brothers’ revolutionary covenant,”
“I’m runnin’ with the Sons of Liberty and I am lovin’ it!”

Hercules Mulligan became one of the first members of the “Sons of Liberty” in 1765; a full decade before the colonies would declare their independence. This was a secret organization founded to protect the rights of colonists against taxation from the British. During the American Revolution he used his position as a tailor for British soldiers and officers to aid the Continental Army. He is credited with saving George Washington’s life on two separate occasions by alerting him to change course after hearing of British plans to ambush and capture the general.

THE WORLD TURNED UPSIDE DOWN
“And as our fallen foes retreat, I hear the drinking song they’re singing…”

According to historian Ron Chernow, “The World Turned Upside Down” is the song British troops sung during their retreat. However, Lin Manuel Miranda notes that it was too “sprightly and lively” for this moment in the show so he wrote his own tune to match the tone of what was taking place. Although there is some speculation as to whether or not this actually happened, it remains a part of American folklore. 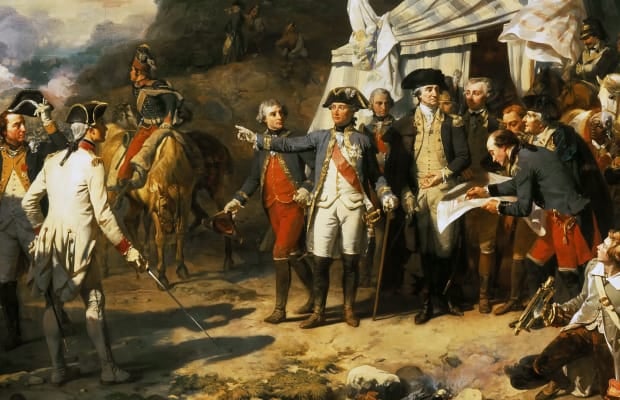 September 28, 1781
This date is the anniversary of General George Washington leading the Continental Army out of Williamsburg towards Yorktown, beginning the last major battle of the American Revolution. The Battle of Yorktown lasted roughly six weeks with British General Cornwallis formally surrendering on October 19, 1781.